Thanks to Aldous for the link. 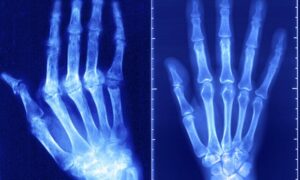 More and more people around the world are suffering because their immune systems can no longer tell the difference between healthy cells and invading micro-organisms. Disease defences that once protected them are instead attacking their tissue and organs.

Major international research efforts are being made to fight this trend – including an initiative at London’s Francis Crick Institute, where two world experts, James Lee and Carola Vinuesa, have set up separate research groups to help pinpoint the precise causes of autoimmune disease, as these conditions are known.

“Numbers of autoimmune cases began to increase about 40 years ago in the west,” Lee told the Observer. “However, we are now seeing some emerge in countries that never had such diseases before.

For example, the biggest recent increase in inflammatory bowel disease cases has been in the Middle East and east Asia. Before that they had hardly seen the disease.”

Autoimmune diseases range from type 1 diabetes to rheumatoid arthritis, inflammatory bowel disease and multiple sclerosis. In each case, the immune system gets its wires crossed and turns on healthy tissue instead of infectious agents.

In the UK alone, at least 4 million people have developed such conditions, with some individuals suffering more than one. Internationally, it is now estimated that cases of autoimmune diseases are rising by between 3% and 9% a year. Most scientists believe environmental factors play a key role in this rise.

“Human genetics hasn’t altered over the past few decades,” said Lee, who was previously based at Cambridge University. “So something must be changing in the outside world in a way that is increasing our predisposition to autoimmune disease.”

This idea was backed by Vinuesa, who was previously based at the Australian National University. She pointed to changes in diet that were occurring as more and more countries adopted western-style diets and people bought more fast food.

“Fast-food diets lack certain important ingredients, such as fibre, and evidence suggests this alteration affects a person’s microbiome – the collection of micro-organisms that we have in our gut and which play a key role in controlling various bodily functions,” Vinuesa said.

“These changes in our microbiomes are then triggering autoimmune diseases, of which more than 100 types have now been discovered.”

Both scientists stressed that individual susceptibilities were involved in contracting such illnesses, ailments that also include celiac disease as well as lupus, which triggers inflammation and swelling and can cause damage to various organs, including the heart.

“If you don’t have a certain genetic susceptibility, you won’t necessarily get an autoimmune disease, no matter how many Big Macs you eat,” said Vinuesa. “There is not a lot we can do to halt the global spread of fast-food franchises. So instead, we are trying to understand the fundamental genetic mechanisms that underpin autoimmune diseases and make some people susceptible but others not. We want to tackle the issue at that level.”

This task is possible thanks to the development of techniques that now allow scientists to pinpoint tiny DNA differences among large numbers of individuals. In this way, it is possible to identify common genetic patterns among those suffering from an autoimmune disease.

“Until very recently, we just didn’t have the tools to do that, but now we have this incredible power to sequence DNA on a large scale and that has changed everything,” said Lee. “When I started doing research, we knew about half a dozen DNA variants that were involved in triggering inflammatory bowel disease. Now we know of more than 250.”

Such work lies at the core of Lee and Vinuesa’s efforts, which aim to find out how these different genetic pathways operate and unravel the many different types of disease doctors are now looking at. “If you look at some autoimmune diseases – for example, lupus – it has become clear recently there are many different versions of them, that may be caused by different genetic pathways,” said Vinuesa. “And that has a consequence when you are trying to find the right treatment.

“We have lots of potentially useful new therapies that are being developed all the time, but we don’t know which patients to give them to, because we now realise we don’t know exactly which version of the disease they have. And that is now a key goal for autoimmune research. We have to learn how to group and stratify patients so we can give them the right therapy.”

Lee also stressed that surging cases of autoimmune diseases across the world meant new treatments and drugs were now urgently needed more than ever before. “At present, there are no cures for autoimmune diseases, which usually develop in young people – while they are trying to complete their education, get their first job and have families,” he said.

“That means growing numbers of people face surgery or will have to have regular injections for the rest of their lives. It can be grim for patients and a massive strain on health services. Hence the urgent need to find new, effective treatments.”

As 2022 begins, there’s a new year resolution we’d like you to consider. We’d like to invite you to join more than 1.5 million people in 180 countries who have taken the step to support us financially – keeping us open to all, and fiercely independent.

The year is already shaping up to be hectic, with a cluster of elections (France, Brazil, the US to say the least), economic pinch points, the next phase of the pandemic, the gathering climate emergency and the first ‘winter World Cup’.

More ominously, independent media faces a critical year, with autocrats across the world rolling back press freedoms, shutting down newspapers such that free, impartial information is becoming the exception rather than the rule.

We are determined to resist this. With no shareholders, billionaire owner or rogue despot to worry about, we set our own agenda and provide trustworthy journalism free from commercial and political influence to readers in almost every country of the world.

And those readers can access our work regardless of ability to pay, because our journalism is free for everyone everywhere. While others commoditise information, we seek to democratise it, providing a vital perspective for millions whose own press has been dismantled by dictators.

We need supporters to underpin this open, independent model. Will you join us? Every contribution, however big or small, makes a difference.