ER Editor: This report was picked up by Great Reject from Winteroak site in the UK. Original French reporting comes from the site Reporterre.

In this movement, which as the report below shows is clearly organized and by no means ad hoc, we are told there are ideological roots from different groups such as the Gilets Jaunes. It is utterly refreshing to see the common sense that characterizes the French in the way they respond to problems of tyrannical government, whether that be through economic repression and globalisation, the ‘plandemic’ whereby people’s freedom of movement and economic activity have been severely impacted, and now through 5G. The plan to implement 5G towers was clearly in evidence at the beginning of the plandemic in 2020, but everything went strangely quiet not long after that.

It may take a while, but people here will truly take things into their own hands. 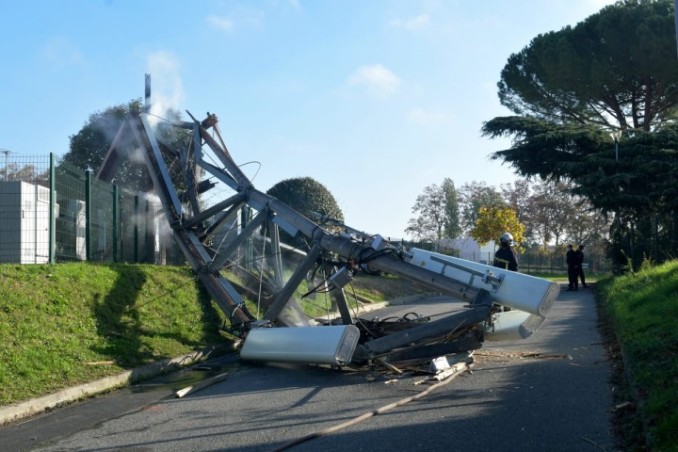 Rebels in France have declared war on the infrastructure of the Fourth Industrial Revolution.

An ever-expanding resistance movement has been sabotaging the widely-hated 5G network.

Vehicles belonging to telecommunications businesses have also been set on fire in at least 140 attacks since the start of the Covid repression, with the cost to the industry running into tens of millions of euros.

Says the report: “This is a movement which is advancing underground, out of the spotlight, a deep revolt spreading across France”.

Pascaline, a resistance fighter interviewed by Reporterre, says she has been forced into action by a sense of urgency: “We are living in a crossroads period. If we do nothing now, this industry will have permanently taken hold”.

Pascaline says her fellow saboteurs have a wide range of backgrounds, with Gilets Jaunes and anarchists fighting alongside Christians who are equally opposed to the fascistic New Normal grid being built with 5G.

With protests against the Great Reset ignored, smeared and repressed by the French state, dissidents have been forced to express themselves more directly.

Texts have been circulating calling for the creation of a new movement of “concrete, and not just symbolic, resistance”. 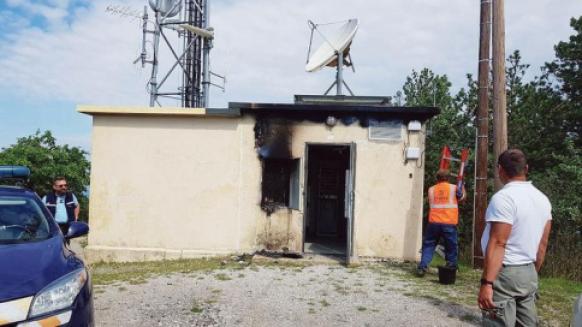 “We have been pushed towards sabotage for very practical reasons. Since the Gilets Jaunes, the state has tightened the screws and it is harder and harder to push back against power on the streets”. (ER: We believe this is totally fair comment on the current state of government repression in France.)

Given the Covid restrictions, it was also impossible to build a mass mobilisation against 5G, he said, even though the majority of the population are opposed. (ER: Surely by design.)

As the report notes, the sabotage movement amounts to “a refusal to live in a hyperconnected society” and “full-on resistance to the digitalisation of the world”.

Another saboteur, Margot, says that a web-like prison of cables and masts is being constructed.

“We are told about all the joys of a digital society which in reality only worsens exploitation, surveillance and environmental disaster”. 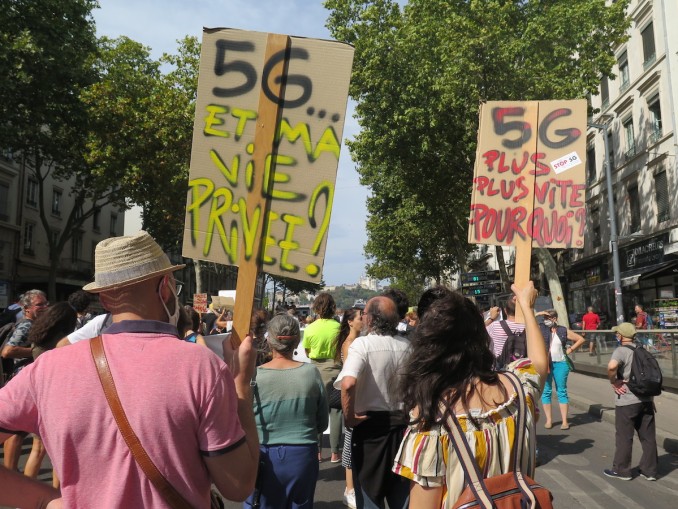 The telecommunications business is, of course, alarmed by the biggest wave of sabotage in France since the massive struggle against GM crops 20 years ago.

Orange boss Stéphane Richard has even spoken of the need to avoid “an Afghanistan of mobile phone networks, where we will have to fight mast by mast, community by community, to try and install 5G”.

As the saboteurs point out, masts are the nerve centres for the economic flow of the new technocapitalism. Rebel websites talk variously of “umbilical cords” and “Achilles’ heels”.

The revolution is never televised and the mainstream media have been largely avoiding any mention of what is happening, for fear that it will spread even further.

When the saboteurs’ existence is recognised, they are depicted as cranks and “conspiracy theorists”.

“The authorities are trying pass the saboteurs off as lone wolves, as isolated individuals. In fact we are part of a collective initiative across France and Europe”.

Needless to say, the panicked system is also ramping up its traditional rhetoric of repression, using the term “terrorist” to smear all resistance to its techno-fascist coup.

But can it really do anything to stop what has now become a powerful wave of revolt?

Pascaline explains: “We are targeting this infrastructure because it belongs to the digital industry but also because it is vulnerable.

“There are tens of thousands of masts in the country within an ever-denser network and the authorities are struggling to monitor them”.

“It isn’t realistic today to say that we are going to install 66,000 video-surveillance cameras on all the masts. And let’s be clear: anyone who wants to enter and destroy an isolated site could do so”.