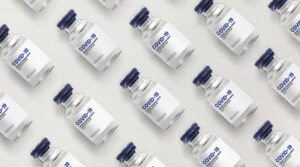 Ben Armstrong spoke with former Pfizer scientist Mike Yeadon on the January 10 episode of “The Ben Armstrong Show” about vaccine manufacturing. They discussed how 90 percent of the reported adverse effects of the Wuhan coronavirus (COVID-19) vaccines came from less than 10 percent of the released vaccine batches.

As Armstrong put it, to have such a massive variation in the effects of the vaccines, the batches are not the same. “Remember, this is an experimental vaccine,” Armstrong reminded his viewers.

Armstrong noted that pharmaceutical companies may have been using placebos and other things, and giving different portions or formulas for their vaccine distribution because Israel, the United Kingdom and the United States all have worse adverse effects compared to other countries that are also using the vaccines.

“It’s like they have different levels of the vaccine that they are giving or something we don’t even know. We don’t know what they’re doing to vary it, to be honest with you. But this seems to be clear evidence, evidence that the batches are not the same. And that’s illegal, by the way. They’re not allowed to do that,” Armstrong noted.

In connection to this, Yeadon said that he’s stumbled across individuals who had been doing their own analysis of the VAERS database. He said that these people “were pulling the vaccine batch or lot numbers…and comparing the profile of adverse events by comparing one lot to another of the same manufacturer.” (Related: Former Pfizer scientist warns of government, Big Pharma deception regarding the Wuhan coronavirus.)

While Yeadon admitted that he is by no means a manufacturing expert, he did work with them and knew that there is a necessary standard to meet “anti-adulteration regulations,” which require reproducible products from lots quite frequently.

Drug manufacturing is performed with exact standards of control, and the “active” agent is made in batches. Each batch of what is called “drug substance” is then used to formulate, fill, pack and label the lots of the finished drug products.

Testing methods are developed for all the manufacturing steps with standards for results to be considered acceptable.

Manufacturing is very strict, but seeing the data, there is no way for the vaccines to be rolled out the way they were. Armstrong pointed out, “they’re not even vaccines, gene therapy. You’re not getting equal doses.”

Basically, according to analysts, they are not the same thing, that the batches are illegally different. If this is true, and if anyone at all draws a lot at random from the VAERS system to examine the outcome and the performance that is the number of people who have reported adverse events, it should be similar from batch to batch. If it’s very different, it’s not possible to go from two or three adverse events reported for a given lot, while another has around 5,000 adverse events.

If manufacturers only vary the product a little bit, one could excuse it as they were manufacturing as fast as they could. But there should only be a small difference in the performance.

If one goes from nothing, effectively, to the worst outcomes ever reported to VAERS, Yeadon said, “I’m prepared to state and to prove that it means it’s not the same material in the lots that produced bad side effects.”

Many may not appreciate the significance of the data, but it does have a big impact. Armstrong noted that it could explain why there are some people who are completely fine, and others are not. Yeadon said that he did shows where he spoke with news programs, showing them how to catch “vaccines” that were actually placebos, and that they were given to the people. (Related: Former Pfizer VP Mike Yeadon declares covid vaccines are “toxic by design” – they’re weapons to reduce global population.)

While a few doses could be accidents, it’s not the case if he’s been going state after state, finding out that manufacturers just gave a whole bunch of people basically sugar water.

“They admit this is an experimental vaccine. They love to do placebos. They love to keep track of this stuff, so it would make sense, even though this is illegal,” he said.

Looking at his data, Yeadon noted that there is something wrong with the vaccines, not just in their extreme toxicity, but in their variability.

This video is from “The New American” channel on Brighteon.com.