The entire COVID pandemic has been plagued by propaganda. Behavioral scientist Simon Ruda, cofounder of the British Behavioral Insights Team, unofficially known as the “Nudge Unit,” confirms that the British government has been using propaganda tactics to scare the public into complying with COVID rules.

Nudging made subtle state influence palatable, but mixed with a state of emergency, have we inadvertently sanctioned state propaganda? ~ Simon Ruda

According to Ruda, fear tactics such as an overemphasis on flawed models were initially deployed to secure compliance during the first lockdown. However, it then never ended. “That fear seems to have subsequently driven policy decisions in a worrying feed-back loop,” he wrote in a January 13, 2022, Unherd article.3 He goes on to state:

“I remain a supporter of the use of behavioral science in public policy, and of the Behavioral Insights Team, more commonly known as the Nudge Unit. However, witnessing how the UK and other governments have responded to the pandemic, I can now appreciate the vulnerabilities of well-intentioned, democratic regimes, and the potential for behavioral science to be used inappropriately …

In 2010, the Nudge Unit was the first and only government unit dedicated to behavioral science in public policy. By 2021, there were over 400 globally …

We advocated two new dimensions to policy making: behavior-focused models describing what drives human decision making; and the priority of empirical research over all other sources of information.

I believe this contribution has — and can — continue to serve governments well. But it must be used appropriately. For me, it means seeing the bigger picture: recognizing what you can and can’t measure, and seeing the potential for unintended consequences …

[I]nvoking different emotions to convince people to stay at home during the pandemic4 is less appropriate. It could have negative consequences that are missed in the typical RCT evaluation.

This is because metrics will focus on proxies for behavior, but they probably can’t capture the potential longer-term effects of these campaigns beyond what is immediately measurable — such as worse inter-societal relations and reduced trust in institutions, the consequences of which could be significant …

In my mind, the most egregious and far-reaching mistake made in responding to the pandemic has been the level of fear willingly conveyed on the public …

Though I don’t think it’s fair to blame behavioral scientists for propagating fear (I suspect that this was more to do with Government communicators and the incentives of news broadcasters), it may be worth reflecting on where we need to draw the line between the choice-maximizing nudges of libertarian paternalism, and the creeping acceptance among policy makers that the state should use its heft to influence our lives without the accountability of legislative and parliamentary scrutiny.

Nudging made subtle state influence palatable, but mixed with a state of emergency, have we inadvertently sanctioned state propaganda?”

As noted by Ruda, it’s become quite clear over the past two years that we cannot rely on science or data alone in a pandemic. We also need “reflection, reason and debate … multidisciplinary teams” and “a strong culture of intellectual humility and designed-in cognitive diversity.”

Behavioral Science Has No Place in a Democracy

In his piece, Ruda acknowledges some of the criticism the Nudge Unit has received since its inception in 2010. But while Ruda still believes there’s a place for behavioral science in government, others say no way. In a January 14, 2022, Spiked article,5 Professor Emeritus of sociology Frank Furedi insists that “government’s use of behavioral science violates our freedom to judge and act for ourselves.”

“Ruda’s admission is … striking,” Furedi writes, adding that Ruda “even expressed concern about the state’s willingness ‘to use its heft to influence our lives without the accountability of legislative and parliamentary scrutiny.’”

Furedi goes on to cite a March 2020 paper by the Scientific Pandemic Influenza Behavior Advisory Committee, written on behalf of the U.K. government’s Scientific Advisory Group for Emergencies (SAGE), in which they stated that the people were “too relaxed about the pandemic.” Furedi writes:6

“‘A substantial number of people still do not feel sufficiently personally threatened,’ it stated, adding that too many ‘are reassured by the low death rate in their demographic group.’

It then urged the government to increase ‘the perceived level of personal threat… among those who are complacent, using hard-hitting emotional messaging.’ Some members of SAGE have since reported feeling ’embarrassed’ by the nature of SPI-B’s advice. As one regular SAGE attendee put it last year:

‘The British people have been subjected to an unevaluated psychological experiment without being told that is what’s happening.’

It is to be welcomed that at least some behavioral scientists are now questioning the political use of their discipline. But the problem goes deeper than fear-mongering during the pandemic. We need to address the corrosive influence of behavioral science on public life in general.”

Furedi stresses that the principal problem with “nudging” is that this kind of behavioral science is “fundamentally anti-democratic.” It’s based on the assumption that people “cannot be trusted to make rational choices,” and therefore must be subject to management by bureaucrats.

“They treat people’s emotional lives, lifestyles and relationships as legitimate objects of policymaking and professional intervention,” Furedi writes, adding that “This politics of behavior has given rise to a new form of technocratic governance.”

Indeed, over the past two years, subliminal psychological manipulation has near-universally replaced debate and discussion. The problem is that you cannot have a democracy without open debate. What we have now is, in fact, a technocratic form of governance, whether people realize it or not, and unless we pull the plug, there soon won’t be such a thing as democracy anywhere in the world.

“When Britain’s then deputy prime minister, Nick Clegg, casually remarked in 2010 that the Nudge Unit could change the way citizens think, he spoke like a totalitarian ruler. Since when was it within a democratic government’s mandate to try to manipulate and change its citizens’ thoughts?” Furedi asks.

He points to a report called “Mindspace: Influencing Behavior Through Public Policy,”7 written by the U.K. Cabinet Office and the Institute for Government and published in 2010, in which they reveal and basically admit that the use of behavioral psychology in policymaking “deprives people of the power to democratically determine their future,” Furedi says.

The report actually presents this kind of government activity as a form of “surrogate willpower,” which on its face shows that individual freedom is not honored or even taken seriously. Instead, government is actively trying to make our decisions for us, in large part by indoctrinating us with certain “values” and ideas that we might not naturally share or agree with.

At the end of the day, whether behavioral psychologists get things “right” or “wrong,” they are violating people’s freedom to make their own decisions all the same, and as noted by Furedi:8

“This threatens the very pre-condition for a flourishing, democratic public life — namely, the existence of morally autonomous individuals. After all, it is only through the making of choices that people develop a sense of responsibility for themselves and for others in society.

As our experience of the pandemic shows, we need to respect the common sense of citizens and allow them to make choices in line with their circumstances … Our minds must be a no-go area for these self-appointed high priests of the soul.”

The danger of behavioral science is also in full display when we look at how it’s being weaponized against the very public it claims to serve. It started with people who refused to buy into the propaganda being labeled as “anti-science conspiracy theorists” and “anti-vaxxers.” Now, those same people are being labeled as terrorists and targeted by national security agencies.

“Concern for U.K. Security as Anti-Vaxxer Groups Evolve Toward U.S.-Style Militias,” a headline in The Guardian9 declared in mid-January 2022. “Counter-terrorism officials are monitoring movement amid military-style training and lurch towards violent extremism.” According to this report, such individuals might “undermine national health security.”

In other words, “health” itself has now been weaponized. The national vaccination program equates to “national security,” and sharing information that might cause vaccine hesitancy equates to an act of domestic terrorism. It’s ridiculous, of course, but that doesn’t make it any less serious.

Between January 17 and 21, 2022, the World Economic Forum hosted its annual meeting in Davos, where the top technocrats in the world meet to hatch and share the next steps in the technocratic takeover of the world.

WEF founder Klaus Schwab opened the Forum’s virtual Davos agenda by introducing Chinese dictator Xi Jinping, general secretary of the Chinese Communist Party since 2012 and president of the People’s Republic of China since 2013.

Schwab’s short introduction makes it clear that this dictatorship is being looked to for inspiration and leadership as The Great Reset moves forward. Perhaps we shouldn’t be surprised that Fauci and Collins were more concerned about “international harmony” than getting to the bottom of where SARS-CoV-2 came from.

Using the Chinese model of behavior modification and social engineering through technological surveillance and coercion, the WEF and its global allies aim to:

Anyone familiar with technocracy will recognize what a pile of manure this is. Without understanding what these goals entail, they might sound good, but in reality, this agenda is a call to war against humanity as we know it. 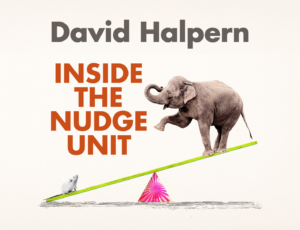 One Response to “Are you aware you’re being ‘nudged’? Propaganda promoted as science.”