I have to agree with him, yet also understand that the mind is not simply a logical device.  Thinking is a process.  Anyone who attempted to construct their own understanding from the bottom up, would quickly be overwhelmed by the vast amount of possibilities.  So the mind readily adopts packages of understanding from elsewhere, borrowing concepts and labels.  These packages come from parents and siblings when you are small.  From school and peer group as you grow.  From TV, books and magazines as you reach adulthood.  Some understanding also comes from your own experiences, but to begin with, you tend to interpret your own experiences through the prism of the packages you have been given by others.  These can include religious teachings if your family happens to be religious.  Wherever they come from, you become a prisoner to the packages you have accepted as the building blocks of your own worldview.  Your own ideas and feelings tend to get subsumed and pushed to one side.  It is much easier to conform and comply than to challenge the orthodoxy that is all around you.  Watching TV makes the world seem so warm and comfortable.  Why upset yourself by giving your own little thoughts preference?

Your own thoughts are quiet and seem to possess no power compared to the onslaught coming at you from all sides.  They are easily swept to the side, unless you are a bit older, when you start to realise that your own pulses of thought are of higher quality compared to the banal narratives that are presented to you.  These are invariably full of holes which you can easily see, but you yourself become an apologist for these errors by imagining that the majority of what you are told is sound.  It’s only this little part which you’ve awoken to which is wrong.  The rest has the authority of government behind it, of the main media, of the NHS.  If you start to believe all of these are lying to you, your whole mental structure built over a lifetime could start to wobble.    How could you tell your friends that you don’t believe what the television is saying any more? You look away quickly.

At what point do you start to realise that news narratives and advertising are all devoid of any depth of understanding, and are entirely corrupted? And at what age will you eventually learn to act on your own little thoughts, and give them priority over the onslaught of media?  Maybe you never will.  Many say that when they get ill, they realise that what they are told to do by their doctor makes no sense.  It opens a small corner of doubt in their mind which can grow.  Others found their upbringing was totally incomprehensible.  Maybe they try researching some topics themselves and find that what is taught strays far from the truth.   Or people in business find that following their gut instincts works better than any textbook and television narrative.  Maybe there is a combination of all of these and others.

Once the crack starts to appear in their given structure of understanding of the world,  the fissure can only grow.  Reading independent authorities of topics of all kinds, from religion, to warfare, to history or politics, and the doubts can only grow that we are being fed an entirely untruthful version of how the world works.  Those who’ve smashed their given wall to pieces then have to rebuild a wall of their own making.  This can be a hard process, losing friends and making gaps with others, and with family,  let alone the process of relearning which can have its own false trails carefully laid.  But once started, there is also gain to be had.  No more wrestling to make lies seem true.  Now only truth will suffice.  It is an empowering process.

Most who live in the world of alternative news and have abandoned the mainstream lies, find they can easily identify many of the evil forces manipulating them, once they are aware.  These come at you via agents who’ve sold their souls to the Devil or to one of his Demons.  They are given great power and wealth by sacrificing themselves to his power, but if they ever want to go back on the pact they have made, they will be destroyed, and they know it.  Once in the power of the Devil, there is no turning back.  They are the trash of evil, unable to stop even if they wanted to, including most pop stars, most senior politicians, most senior ranks in the military, those working for big salaries in so-called ‘health’, in news, education, religious organisations and so on.

The actions of this demonically sold out trash are not impossible to identify – vaccines that injure and kill, the current issue of the day.  Formerly wars were the big events, economic crashes,  food supply cuts and many other catastrophic events seemingly occurring by chance – but not so.  All were planned in advance and in secret by a small very powerful cabal, controlling all from behind the scenes.  Anyone doubting this must immediately read The Real Dr Fauci by Robert F Kennedy Jr, the recently published book on the last fifty years about the medical military industrial complex, that is now besetting the world.

This is all just fact.  The problem for the alternative news world which comes next is that the evil and its actions are not all that hard to identify once you start looking.  The problem is where is goodness to be found, and how can the evil of the Devil be countered?  I will try to address that in my next post, finding researchers who have been looking into this problem.  This post is already long enough. 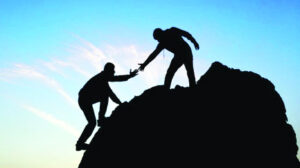 5 Responses to “Where is good?”