I came across this and do not know who discovered Omicron and Delta Islands to get this ball rolling, but low and behold, when I looked into it, it’s a lot worse than that, three other variants are right there too.

I have stated repeatedly here that there is an island peninsula called “rothschild” Antarctica. This is on Alexander island which is shown as a separate land mass on my office map but not on Google. Up a ways there are five other islands named after Corona variants. You can’t make this stuff up: 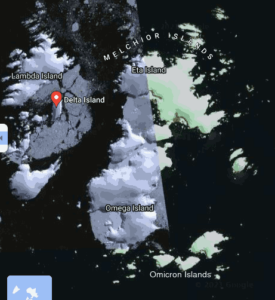 Here is a complete list of variants from a computer screen at the WEF (I am looking for that photo) but at least the list that was on it exists:

People ought to search the islands of Antarctica for more, I bet practically all of them are there. This pretty much proves that if “they” don’t get their way, they are going to bug out to Antarctica as many have stated, it is obvious they are quite familiar with the place. 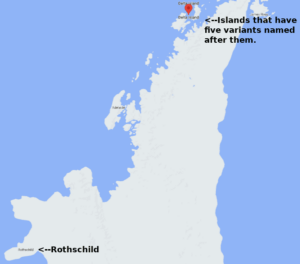