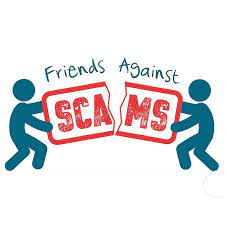 It’s time for you Vaxxed to wake up, folks:
You’ve been tricked by a Globalist hoax.
The Mainstream Media filled you with fear
about a “virus” not anywhere near
as dangerous as the common cold.
Yet you did exactly as you were told—
got genetic “therapy” in your arm,
a poisonous serum that does much harm
and was totally unnecessary:
It doesn’t provide immunity
or prevent transmission.
In fact, it wrecks your immune system
and leaves you in a worse condition
with blood clots, heart and brain inflammation.
You’re hastening your own cremation
while the “vaccine” fosters viral mutation
and makes you a spreader of disease.
Yet you join in Saint Anthony’s adoration—
Fauci, creator of lies and pandemic.
He and Gates conned you with a scamdemic.

The Unvaxxed are much saner than you,
the sensible ones whom you besmirch
’cause they didn’t join your Covidian Church.
They didn’t fall for the propaganda,
the 24/7 Fear Campaign
that washed your common-sense down the drain.

Now you’re a danger to yourself and others,
shedding spike proteins into the air.
It’s a toxic hazard, but what do you care?
You’re so blind, you’ll jab your children
with this evil garbage if Big Brother orders.
You’ll get your boosters… Scared of fake variants,
you participate in your own slaughter.

The clot-shot is not about making you healthy.
This is a plot by the ultra-wealthy
One-Hundred-Thousandth of One Percent
to remake the world with evil intent
through depopulation, repeat vaccination,
behavior-and-thought regimentation.
This is the New World Order plan
to control every child, woman, and man.
Your Digital Social Credit Score—
whether “very good” or “poor”—
will track and grade your every move
just like in China, to make you improve
or be disposed of like a piece of trash,
a “useless eater” with no cash.

This is a war.  It’s not going to end
till We The People end it, my friend.
This is a war by the tiny few
against humanity—that’s me and you.
And here is the Media Hall Of Shame
packed with “liberals” who share the blame
for aiding and abetting this monstrous crime:
the Washington Post, the New York Times,
The Nation Magazine, Mother Jones,
Ms., Time, Rolling Stone,
The New Yorker and dozens more,
home to the well-paid presstitute whore,
covering up Big Pharma’s lies,
a CIA-backed enterprise.

Well, here’s some good news, friends:
The Scamdemic is at an end
and Humanity is on the mend.
Good decent people of every nation
put a stop to this abomination.
They threw off the Globalists’ iron yoke
and the fake Plandemic went up in smoke.
In Britain, Germany, France, Australia,
Israel, the Philippines,
Canada, New Zealand, Austria,
Italy, Greece, Uruguay,
Russia and the USA,
people said NO to the fake “vaccines”,
NO to the lockdowns, NO to health passes,
NO to the mandates of criminal asses.
People said NO.  That’s all it took
to end the scam of the Globalist crooks.

True, there was a lab-made bug
which Fauci tried sweeping under the rug
but Conspiracy Investigators
found and caught the perpetrators—
U.S. traitors and their Chi-Com friends
concocting contagious genetic blends.
It’s all over now, we can relax.
If you got the “vaccine”, face the facts…
Detoxify your sacred body
and let natural immunity do its job.
Get the vax garbage out of your system
and don’t EVER believe Gates, Fauci, or Schwab
or CNN or the New York Times
who cover up genocidal crimes.