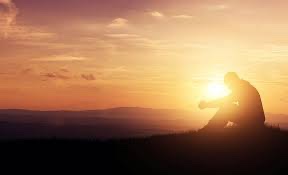 Growing up in the Catholic Ireland of the fifties and sixties was enough to make anyone an agnostic if not an outright atheist. At least anyone having an inquiring mind and/or a rebellious streak. The suffocating all-pervasive presence of the Church with its sickening hypocrisy, materialism and, worst of all, smugness shoved in our faces every minute of the day ultimately became intolerable. And while some of the clergy were undoubtedly good people for the most part the ‘religious’ were dogmatic intolerant and hypocritical careerists. The sorry state of Ireland today, steeped in the poz as badly as if not worse than any other country is in large part due to our revulsion towards traditional Catholicism and its resultant banishment from our daily lives.

Up to fairly recently it would not have been an exaggeration to say I actively hated the Church to the point where I celebrated its eventual demise. But over time it became clear that we’d thrown out the baby with the bathwater. The erstwhile social constraints fundamental to a Catholic society had been jettisoned along with the hypocrisy, dogmatism, smugness and materialism. No longer for instance were ‘illegitimate’ babies seized from their mothers and sold off into adoption or incarcerated in hideous industrial schools whence they emerged scarred for life, their mothers forever marked as fallen women.

The whole system of social control was suddenly gone and replaced with….well, what we have today. Every form of sexual perversion not alone tolerated but actively celebrated. Homosexuals can ‘marry’ and even adopt children. The staid husband and wife of yore have been replaced by a bewildering range of ever-changing partnership arrangements. Children – pity them – whelped with all the foresight of stray dogs, broken homes the norm rather than the exception, all enabled, nay, encouraged, by the welfare and legal systems. No need for me to cite the myriad ways in which our new norms have sundered the social fabric and left most of us rootless, atomised and fearful.

In common with most Irish people I had equated organised religion with God and in rejecting the former had lost sight of the latter. And a void was left in my life, a void I had attributed to other things. My journey back to God was slow and gradual, driven by my spiritual void but also by rational analysis, albeit impeded at every step by my intellectual arrogance. But I persevered. My disgust at the society we had become was piqued by realising the uncanny truth of so many Biblical prophesies – surely some superior cosmic force must have been in play? Paradoxically, the more I studied studied the workings of science the more convinced I became of dimensions beyond the comprehension of human senses, accessible only through spiritual means, means that need to be carefully cultivated and nourished in a spirit of humility.

The clincher for me, again paradoxically, has been the the truly Satanic globohomo NWO Great Reset transhumanist agenda and The Vaxx, the Mark Of The Beast itself. The Devil has at last stepped out from behind the curtain and in effect said “game on”. The Manichaen struggle between Good and Evil has become manifest and the choice is now ours. Most of the Agenda’s leaders and enablers have clearly signed the Mephistophelian Pact, sold their souls to the Devil in return for riches and power, and vast numbers clamour to sign up. But for me and millions of others these developments, these demonic manifestations, have lead to their awakening, or reawakening, to the love and understanding of God.

Our job now is the fight the Good fight while putting our faith in Him. That is what I’ve done (I pray multiple times a day and ask forgiveness for for my sins, particularly that of pride) and the sense of peace and reassurance has been nothing short of miraculous. But fight we must. The Austrian philosopher Rudolf Steiner recognised more than a hundred years ago that our bodies are corporeal but also spiritual vessels open to occupation by ethereal forces of evil. Developing an awareness of them was for him the essential first step in combatting them. “The spirits of darkness are now among us. We have to be on guard so that we may realize what is happening when we encounter them and gain a real idea of where they are to be found.”

I hope that this little story will inspire some of you to seek Him in your own particular way.

3 Responses to “The Lord Moves in Mysterious Ways. The Irish Savant.”