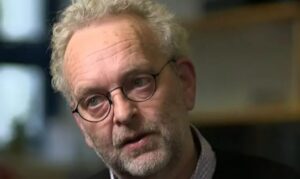 As SAGE minutes released with the Government’s approval make the case for new restrictions and even the cancellation of Christmas, Spectator Editor Fraser Nelson probed SAGE modeller Graham Medley on Twitter on why SAGE’s models were so often pessimistic and wrong.

The exchange, reproduced in full below, is illuminating because Graham says they do not include more benign scenarios because “it doesn’t add any further information” and “decision-makers are generally on [sic] only interested in situations where decisions have to be made”.

“Decision-makers don’t have to decide if nothing happens,” he argues. This is wrong, of course: not imposing restrictions because the threat doesn’t warrant it is itself a decision, a very important one.

Graham replies that “we generally model what we are asked to model”.

Fraser asks: “Okay, so you were asked to model bad Omicron outcomes and make no comment as to the probability?”

Graham’s reply: “We model the scenarios that are useful to decisions.”

Ladies and gentleman: The Science.