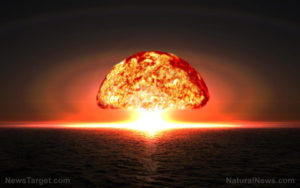 Trouble is coming fast and the situation between the US/NATO/Ukraine (the west) and Russia is quickly coming to a head.

Today the Russian Foreign Ministry underscored how bad things are by saying relations with the West have become “critical.”  They went on to say that unless the US/NATO provide legal security guarantees to Russia agreeing that Ukraine will NOT be admitted into NATO and that US/NATO missiles will NOT be placed on Ukraine territory, there will be a severe deterioration and a “major confrontation.”

This morning, Russia issued warning notices for LIVE-FIRE EXERCISES in 70% of the Sea of Azov – thus preventing the Ukraine Navy from even being in it — even though the body of water off the Black Sea, lies off the Ukraine coast.

This scalable map shows the Sea of Azov:

This localized map shows the areas Russia has closed for live-fire drills by Russian Naval Forces this morning: Referring to a then US-Soviet Crisis in the 1960’s, where missiles were placed in Cuba which could have hit Washington DC and most other US cities with only about 5 minutes warning after launch, the Foreign Ministry said this morning “A new missile crisis, in Europe, must be avoided before it’s too late.”

Russia will simply not allow US/NATO missile defense systems to be placed on the territory of Ukraine.   Present US missile defense systems can be changed out in about one hour, converting those defensive missiles from conventional warheads to offensive weapons armed with nuclear warheads, without anyone seeing the change being done.

Once changed, the missiles could be launched by the US/NATO in a nuclear first-strike against Russia, and Russia would only have about 7 minutes to try to defend themselves before losing Moscow or losing Russian Strategic Nuclear Missile Forces.

Russia has publicly stated for years that if the US/NATO place such missiles in Ukraine, Russia would have no choice but to attack and destroy them, the same way US President John F. Kennedy had to make the same decision about then Soviet missiles in Cuba in the early 1960’s.

Russia’s Foreign Ministry added “if the US rejects the issue of security guarantees, there will be imminent deterioration of the situation.”

They added “if we don’t agree on security guarantees now, there could be a big confrontation.”