People were laughing at me telling them not to do it a few weeks ago.  Now they are all experiencing symptoms – living in fear and suffering. It gives not a gram of pleasure. It’s awful watching the demonic plot play out as if in slow motion. Every day, sometimes every hour brings more bad news.

I found similar with friends who had been reading my blog ten years ago.  They said said they would stop as they found it too depressing to read. At least 90% of people prefer to live a false dreamworld created by main media until their moment to be moved on arrives. Once they’ve brought illness into their own bodies through the V, they have even less interest in hearing that they did it to themselves. Maybe human nature is designed to not think, to want to comply and then hope for the best. The powerful created us and they didn’t want any serious resistance when they finally came to dispose of us. The demons feed on our distress so they would naturally go to a lot of trouble to make sure we become distressed, and in the process ensure our spirits are rendered weak and powerless.

The programme is not experimental but well planned – decades in advance. If the enemy works as one for decades, and most people dedicate not even ten minutes to researching what their enemy is up to, the result is a foregone conclusion. Or is it?  There is a way forward.

Brilliant video John Smith. Thanks. Mind construct has replaced mind control. People need to construct their own minds. We are fighting demons – the spirits give their powers to people who obey them, and get the rest of us to fight the people they deploy. Why do we not go for the demons directly, she says? These people depend for their power entirely on their connection to the demonic. Work out which demonic being you are fighting against in your city.  Use their symbolism to help identify who it is you are up against.

If you tear down their strongholds, the spirits of goodness will drive out the demons for you. The demonic spirits display their dominion, out of pride. you can open up with – I rebuke you in the name of Jesus Christ. I bind you and I cast you out. Don’t bother fighting the people. Fight the demons and principalities that control them or their organisation. Identify the symbols which reveal the demons that are besetting you in our location. If you allow that wickedness to continue in the area you are in, there is a price to pay. We should be stewarding the location, see the wickedness and work to stop it. God will come in and support if we act. If we do nothing, there will be a price to pay. You are equipped to deal with these principalities (demons) – to say no, to rebuke them, to have rule over them. We have the authority of the Lord Jesus Christ. The enemy is taking our ground. The Lord wants it regained and freed from wickedness and oppression. Jessie describes a bottle of oil to annoint/consecrate to give the domain back to the Lord. Plenty more to add. Use the weapon that we have in our hands. Each person has this power. Jessie challenges you to use this power and fight the demons that are besetting us. Pray. Fast. Listen. People who are afraid and want to be healed, should use this pathway. God wants you to be healed. Ask him for help. Ask for wisdom, for knowledge. https://www.bitchute.com/video/HhUszV79kAL4/

If you doubt we are being beset by demons, read Robert F Kennedy’s book The Real Dr Fauci.

If you turn to him, the hand of God will move. The demons will back off.  If you want Lucifer to win, do nothing as now.

I took part in driving out a demon from our home and can vouch for the process. It’s described in my autobiography Angels and Devils – My Extraordinary Life – available via Kindle on Amazon or hardback from my office via info@curteis.com. written under my real name – Henry Curteis 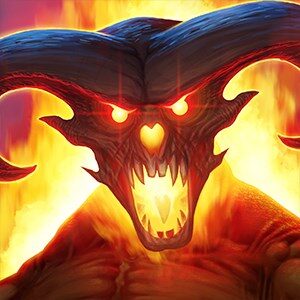 2 Responses to “People were laughing at me warning them about the letter that falls between U and W.”