UFOs now called UAVs in the media.   Why the change?   Unidentified Aerial Vehicles.  A lot more definite than mere ‘Objects’.

The government is recently started admitting they are real.

Where does the real power to control earth lie? Where is the focal point of the COVID agenda?

Is it even on the planet?

Anyone who is awake enough to realise that the so called ‘pandemic’ is just a scam with ulterior motives, by now will also have worked out what the likely motives are. Much tighter control of the human race, the introduction of a technocractic monetary system, human enslavement and an as yet unknown amount of injury and genocide.

But where does the real power lie? Where is the focal point of this agenda? Is it even on the planet?

In today’s show we discuss the probable motives about why the mainstream media has shifted its position on the UFO (Unidentified Flying Objects) issue. This includes detailed statement analysis of a prominent ‘UFO whistleblower’, which concludes he is comprehensively deceptive. We also discuss the possible reasons for the flood of mainstream mis-information about UFOs, and how this relates to todays fear based agenda, which is being thrust onto humanity. 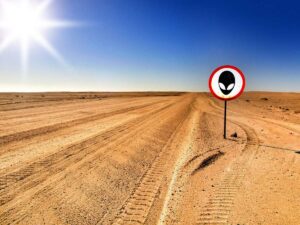