Most of the people you encounter are living in an internal Matrix that exists in their mind, formed out of media lies, mass hypnosis, social engineering, false histories and deliberate trauma inflicted by schools and governments. This means that in order for you to successfully navigate this world, you must learn to recognize other people’s delusions and learn how to evade their attempts to ensnare you into their own false worlds.

In a world populated by delusional masses, one of the greatest acts of kindness is to shatter their delusions and pull them out of their mental Matrix, bringing their awareness into the real world. From a practical standpoint, this can only be accomplished by disconnecting from the corporate-run media, which provides the inputs for the persistent delusions in which most people live.

Red pilling people cannot be done with facts, by the way, because cultists are immune to facts. They also run their own cult dogma reinforcers known as “Fact Checkers” which are really Fake Checkers. Importantly, the only thing that can shatter the delusions of the cultists is a sudden, often traumatic shattering of their false reality.

This can occur with events such as a mass death wave among the vaccinated, or a crypto crash, or a mega church leader being arrested for pedophilia, etc. It takes a mind-shattering event to break the persistent delusion of the psyche and bring people back into contact with the real world. The dot-com collapse in 2000 was precisely such an event. Same story with the sub-prime market collapse of 2008.

Adding to this difficulty, most people’s social networks are tied to their dominant delusion, which means all their friends share the same delusion they’re been following. So shattering their delusion also means making a break with their entire network of delusional friends, and that’s doubly traumatizing to most people.

This is ultimately why so few people ever escape the delusions that define their own distorted lives. This is why most people are little more than mindless consumers who regurgitate media narratives and obey authority figures without questioning anything. They are also known as Programmable Life Forms (PLFs) or “zombie” people who only think they have original thoughts and ideas, all while serving as nothing more than propaganda conduits for globalist narratives.

The most dangerous thing in the world isn’t evil per se… it’s the delusional masses who can be easily corralled into carrying out truly insane acts such as mass genocide, injecting babies with spike proteins, or imprisoning perfectly healthy people in covid death camps. Humanity learned nothing from the Holocaust of the Third Reich, as we are repeating the same horrifying crimes against humanity right now, all under the delusion of “science” and a “public health emergency.”

Your government is run by cultists. Your local hospital is filled with medical murderers who call themselves doctors. Your local schools are taught by left-wing Marxist cultists who groom children for pedophilia and communism. Your local banker has delusional faith in fiat currency, and your neighbor kid who trades crypto is probably a digital fiat currency cultist. Almost no one is living in the real world of cause and effect, which means that ultimately, almost no one can be reasoned with.

This is why it’s so refreshing to know people who have awoken, or are awakening.  It brings hope to what is otherwise a hopeless situation.  Media is not all powerful.  In the Good Morning online poll of today, 89% didn’t agree with mandatory vaccination.  That’s an amazing figure given how almost everyone was caught up in the fake epidemic in 2020.  While Germans tolerate mandatory measures with great ease and fall into lockstep,  Britons still have an instinct that government should not be obeyed except where it deserves to be.

Britain is wounded with mass vaccination already killing hundreds of thousands, and injuring millions more, but in our hearts we are still Great! 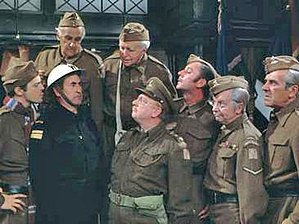 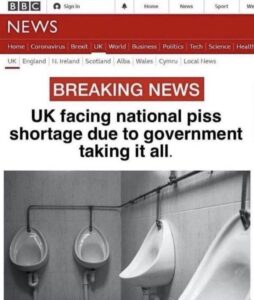 8 Responses to “Britain is wounded but still Great!!”