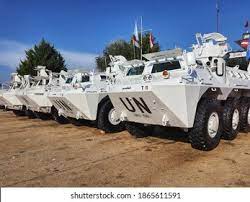 There seems to have been a steady build-up of UN white colored troop carriers in Australia.

The video below shows some satellite footage to determine the increase.

Reading between the lines they are being stored on a Company owned by Vanguard.

It does seem to be some sort of corporate army involvement by the contractors for digital identification.  This is believed to be the _real_ purpose of the so-called “vaccines” which are now REPORTEDLY being forced upon people in Australia.

Some very worrying developments as described in the video below:

UN Military Vehicles are in Brisbane Australia and increasing EXPONENTIALLY