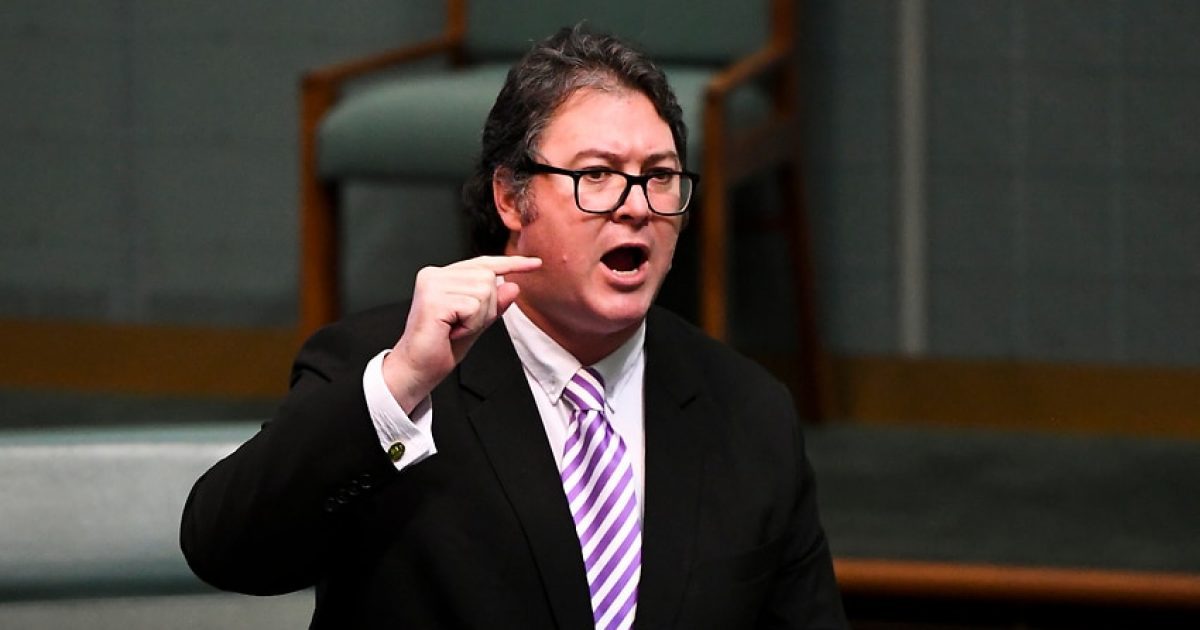 “The totalitarian path we are unquestionably on has never ended well.” – MP George Robert Christensen

Queensland MP George Robert Christensen has called on citizens to rise up against coronavirus lockdown measures and vaccination mandates. He compared governments promulgating such measures to totalitarian regimes responsible for the most horrific atrocities.

On Wednesday, Christensen said in parliament that Australian State Premiers are “drunk on power” and “trying to out tyrant each other”. He also noted that non-vaccinated Australians are increasingly “demonized, ostracized, and socially eradicated.”

The MP explained that totalitarian regimes responsible for the most heinous atrocities of the Twentieth Century: Stalin, Mao, Hitler, Pol Pot, didn’t get there overnight.

They used fear to control, excluded the “dirty” people (softly at first), justified the exclusion, moved to harder exclusions, and eventually eliminated people either socially, or physically.

Early last year, 94-year-old Auschwitz survivor Marian Turski gave a speech during the commemoration of the 75th anniversary of the camp’s liberation. The Polish Holocaust survivor reminded the audience that the Holocaust didn’t’ start with death camps. Instead, it began with propaganda, scaremongering, scapegoating, and segregation.

In Twenty-First Century Australia, State Premiers are racing down that familiar path, setting up their own bio-security police states complete with medical apartheid,

Sadly, we have enabled it, refusing to rein them in and, worse, supplying the Australian Immunisation Register data that underpins this medical apartheid. Fear is a justification of choice for coercion and control, with non-vaccinated Australians increasingly demonised, ostracised and socially eradicated.

Pandemic of the Unvaccinated Lies

The establishment claims that the virus is now a pandemic of the unvaccinated, but Christensen said there is no justification for such demonization.

He referred to a German study showing that 55 percent of symptomatic patients over 60 are fully “vaccinated”. In Gibraltar, where all 34,000 residents have been fully vaccinated, 60 new cases are registered daily.

Meanwhile, the Australian government is mandating the experiment mRNA shots, which has caused adverse effects in many people. Furthermore, they are forcing citizens to take a second shot even after they suffered an adverse event from the first.

We are undoubtedly on the totalitarian path, and that never ends well, said the MP. “The solution is a rediscovery of human dignity, along with, and I don’t say this lightly — civil disobedience.”