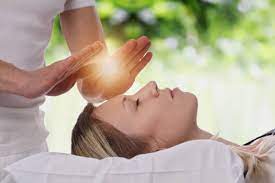 A truly holistic approach to staying healthy and treating illness depends upon using a wide range of possible remedies; treating the patient’s signs and symptoms (rather than his test results) and combining all types of alternative and orthodox medicine.

Sadly, there are no truly holistic practitioners around. Doctors often talk about holistic medicine. So do alternative practitioners. But most of them don’t have the foggiest idea what it really means.

There is, however, nothing at all to stop you being a holistic patient. For example, if your doctor tells you that you need surgery ask him how long you have got before you need to make a decision — and then use that time to make sure that you assess all the alternative possible options.

When you are trying to choose between orthodox medicine, acupuncture, homeopathy, osteopathy or whatever, make a list of all the advantages and disadvantages of every available type of therapy — and every available practitioner. Look at the claims and the potential side effects of each therapy and ask each practitioner to tell you where you can find out more. Use books and websites to educate yourself about the possibilities, advantages and hazards. Never forget that you are unique — and that your condition requires a unique solution.

As a holistic patient you will have to be prepared to stand your ground against health care professionals who will regard your preference for a holistic approach as bizarre.

Many orthodox practitioners are still likely to dismiss alternative or complementary medicine out of hand. If a treatment doesn’t involve drugs, surgery or radiotherapy then its quackery, according to many doctors. (Curiously, young doctors are more likely to be sceptical about alternative medicine than older ones. It seems that the drug industry has, in recent years, improved its effectiveness at increasing scepticism about non-orthodox remedies. Or maybe experience does bring wisdom.)

A fundamental tenet of being a holistic patient is that you should learn to listen to your body. (Your body is far wiser than you imagine it to be.) And act on what it tells you. Your body knows best.

Doctors are ignorant of (and do not take advantage of) the body’s own healing powers but in nine out of ten illnesses the human body is capable of healing itself without any intervention. Indeed, in many cases intervention will either slow down the healing process, or make things much worse.

Doctors don’t realise just how powerful the human body is and they frequently underestimate the healing power of the body.

When I was working as a general practitioner I constantly wondered why some patients recovered without pills or surgery while others, with similar signs and symptoms, needed complex treatment to help them get better (and often had to put up with severe and dangerous side effects in the process).

Slowly, I discovered things that I’d never been taught in medical school or when training as a young doctor.

I found that the human body is equipped with a whole range of mechanisms designed to help keep it healthy and fight off disease.

But the more I discovered the more excited I became. As animals have known for centuries, taking medicine isn’t always the quickest or the best way to get well; fasting resting staying warm and allowing the body to heal and protect itself (by using mechanisms such as vomiting and diarrhoea to eject infective organisms) may be the best way.

I called the phenomenon ‘bodypower’ and sat down and wrote an outline for a book I wanted to write which would show just how remarkable the forgotten powers of the human body are, how much we underestimate them and how we can use them to keep ourselves healthy and to get well again when we fall ill.

The book I wrote, in which I described the way in which the human body can defend itself, was called Bodypower and was first published in 1983.

One of the points I made in that book was that when the body is infected it pushes up its own temperature in order to destroy the infecting organism. When doctors prescribe pills to bring down the fever they delay the healing process by reducing the body’s ability to mend itself. Medical intervention — designed to reduce the fever — interferes with the body’s own self-healing mechanisms. I am constantly finding fresh evidence proving the sense of this argument. For example, I recently read about a clinical trial involving children who were suffering with chickenpox. Children who were given fever-reducing medication took a day longer to recover than those who were given a placebo sugar pill.

Much to the astonishment of the publishers Bodypower became an instant, huge bestseller. Since then numerous other authors around the world have described the same phenomenon.

Today, I am more convinced than ever of the importance of bodypower. Once you understand how bodypower works you can easily conquer nine out of ten illnesses without seeing a doctor or spending any money.

We all need doctors, hospitals and alternative therapists sometimes, of course. But if we use our bodies’ own powers to protect and heal us then we need them less often than we think we do. It’s sad but I suppose hardly surprising that a medical profession which is totally dominated by the pharmaceutical industry should still not embrace the principles of bodypower with unbridled enthusiasm.

Vernon Coleman’s book `Bodypower: The secret of self-healing’ is available as a paperback and an eBook on Amazon.