We should now know the outcome of reduced charge, since we have been living in an extended period of it for over three years: Solar Minimum. That isn’t caused by Mercury, it is caused by poor alignments over several years among the Sun, the big planets, and the Galactic Core. But the general mechanism is the same as retrograde, just on a much larger scale. Bad things tend to happen in times of reduced charge, and it isn’t a matter of bad luck, voodoo, dark forces, or Satan. As the simplest example, you may have noticed you are more likely to stub your toe or trip over the doorstep if you haven’t eaten in a while. That is because your body is starved of energy and it isn’t working at optimum. This can and does cause more serious accidents, like car crashes or trainwrecks.

People forget to look at dials, miss warning lights, or make other fatal errors. On somewhat larger timescales, we find charge deficiencies causing famines, droughts, and other catastrophes, natural and unnatural. The worst real and manufactured events have tended to fall on Solar Minima over the past century and that is no accident. How could Solar cycles affect manufactured events, you may ask? Because the cycles are known to those who run the world, and their prior knowledge allows them to schedule certain events for that time, knowing they will find less resistance then. The Covid scam is just the latest example. They knew we would have a litany of physical complaints in these years, caused by low charge but seemingly with no known cause. No mainstream doctor will tell you you are suffering from low charge since they have no pill for it, and the mainstream media was also instructed to publicize the minimum as little as possible.

Most people still don’t know about it, four years later. It was the perfect time to rename the common cold Covid 19, classify it as a worldwide pandemic of infinite danger, and sell everyone an expensive vaccine as the cure for their mysterious ailments. Low charge levels already cause fear and unease, with no other variables, since your body knows something is wrong but can’t pinpoint it. Your body becomes anxious because it can’t really do anything about low charge but try to live through it. If you knew about the Solar cycles, some of that anxiety would be dispelled, but rather than educate people, the rulers decided to once again prey on them, using their anxiety against them, and increasing it on purpose. This is why it was pretty easy to predict something bad would happen around 2018-2020. Solar Minimum is already bad, and it can either be mitigated by education and preparation, or it can weaponized.

For the same reason, we can predict that at maximum in 2027, the stage will be set for good times. Whether they materialize is another matter, but the Sun will be on our side then. We will hit minimum again in 2031, but it shouldn’t be as bad as this time. In 2036 we should see another big maximum, perhaps giving us something on the scale of the 1958 spike. I hope I live to see it.

TAP – No mention of global cooling and the longer term solar minimum by Miles Mathis – the so-called Grand Solar Minimum.  We could be at the start of a sixty year minimum like the Maunder minimum – a mini ice age with food prices set to skyrocket.   Otherwise it would be nice to dream of better times to come.  Farmers should have plenty of root crops as well as wheat and so on. 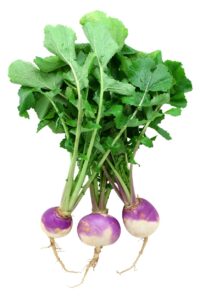