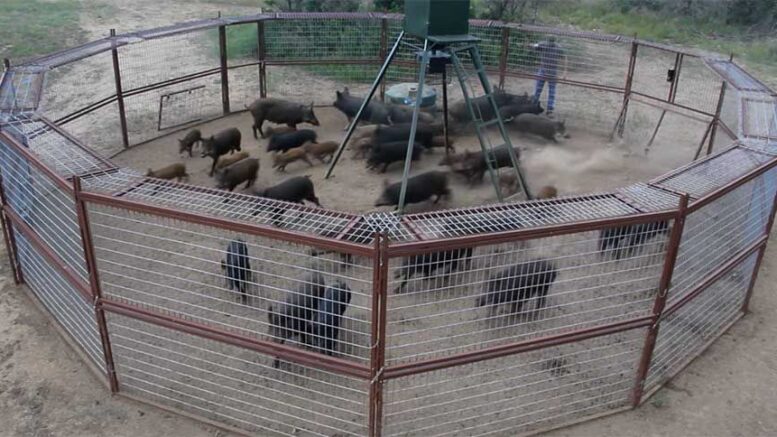 POSTED BY: ROD DREHER VIA THE AMERICAN CONSERVATIVE NOVEMBER 26, 2021

Ever get that trapped feeling? You are not paranoid. You really are getting trapped. Technocracy will surround, sweet-talk, surveil and ultimately assimilate everything in its path. It is mechanistic, unrelenting, merciless, anti-human and completely devoid of ethics and morality. Like the Borg race in Star Trek lingo, “Resistance is futile.” Alas, no it’s not! ⁃ TN Editor

If you don’t subscribe to Paul Kingsnorth’s Substack, you are missing out on some of the best writing on the Internet. He has just released an essay wondering what the hell is going on with Covid and our response to it. He’s asking the kinds of questions that our media ought to be asking, but are not. Here’s how it begins:

Perhaps it’s because I’m English, or perhaps it’s my age, or perhaps it’s just blind prejudice, but when I wake to the news that the Austrian government has interned an entire third of its national population as a ‘danger to public health’, a chill runs down my spine.

Austria, I think to myself. Ah.

I look at the news photos of armed, masked, black-clad police stopping people in the streets to ask for their digital papers, and I read stories of others arrested for leaving their own house more than the permitted once a day, and I hear Austrian politicians intoning that those who refuse to accede to the injection are to be shunned and scapegoated until they acquiesce. Then I watch interviews with ‘ordinary people’, and they say that the ‘unvaxxed’ had it coming. Some of them say that they should all be jailed, these enemies of the people. At best, the ‘anti-vaxxers’ are paranoid and misinformed. At worst they are malicious, and should be punished.

A few days later I wake up to some more news about Austria: from next year, everyone in the country will have a covid vaccine forced into them by the state, overriding their right to what certain people, who have gone very quiet recently, used to call ‘bodily autonomy.’

It’s about to be Germany too, according to German officials. Lockdown and forced vaccinations. Maybe — maybe — such police-state measures would be justified if vaccines worked. But notice this, says Kingsnorth:

I am watching all this from Ireland, the country which has the highest vaccination rate in Western Europe, at over 94% of the adult population. At the same time, curiously, we have the highest covid infection rates in Western Europe too. The government has not been able to explain this fact, but it is a trend that has recently manifested in some other highly-vaccinated places too: Gibraltar, Israel, West Flanders. High levels of vaccination do not seem to correspond with low-levels of disease; often quite the opposite.

In other parts of the world, strange things are happening too. Africa, for example. Africa’s population is the largest, fastest-growing and materially poorest of any continent. Few governments there can afford to supply their people with the pricey corporate vaccines which we in the West have staked our nations on. Only 6% of Africa’s population is vaccinated, and national healthcare systems barely exist in many places, yet the WHO describes the continent as ‘one of the least affected regions in the world’ by the virus. In fact, the richer, more ‘developed’ parts of the world seem to be suffering worst from the pandemic.

Nobody seems to be able to explain any of this, but that hasn’t changed the official direction of travel. Certainly in Ireland, the script remains the same. For six months we have been living with vaccine apartheid, with the ‘unvaxxed’ excluded from much of society, but it hasn’t worked. Rates of infection are shooting up as winter arrives – as you might expect with a respiratory virus. We were all told recently to work from home, and another lockdown is on the cards. A midnight curfew has recently been imposed on pubs and nightclubs. This is odd, as only vaccinated people have been allowed into them for months, and we have repeatedly been assured that vaccinated people are safe to be around.

In an honest society, all of this would have been subject to robust public debate. We would have seen scientists of all opinions openly debating on TV and radio and in the press; views of all kinds aired on social media; journalists properly investigating reports of both vaccine successes and vaccine dangers; serious explorations of alternative treatments; public debates about the balance between civil liberties and public health, and what ‘public health’ even means. But we have not seen this and we will not see it, for debate, like dissent, is out of fashion. The media here in Ireland has not asked a critical question of anyone in authority for at least eighteen months. Google’s algorithms are busy burying inconvenient data, while the social media channels from which most people receive their worldview are removing or suppressing critical opinions, even if they come from virologistsor editors of the British Medical Journal.

Day after day, I have been waking and wondering: what is going on?

Paul, who remains unvaccinated, and explains why, says he’s not as worried about the vaccine itself as what the vaccine symbolizes. More:

We live in an apocalyptic time, in the original sense of the Greek word apokalypsis: revelation. What is happening on the surface is revealing what has always lain beneath, but which in normal times is hidden from view. All of the action now is in the underworld. Beneath the arguments about whether or not to take a vaccine that may or may not work safely, glides something older, deeper, slower: something with all the time in the world. Some great spirit whose work is to use these fractured times to reveal to us all what we need to see: things hidden since the foundation of the modern world.

Covid is a revelation. It has lain bare splits in the social fabric that were always there but could be ignored in better times. It has revealed the compliance of the legacy media and the power of Silicon Valley to curate and control the public conversation. It has confirmed the sly dishonesty of political leaders, and their ultimate obeisance to corporate power. It has shown up ‘The Science’ for the compromised ideology it is.

Most of all, it has revealed the authoritarian streak that lies beneath so many people, and which always emerges in fearful times. In the last month alone I have watched media commentators calling for censorship of their political opponents, philosophy professors justifying mass internment, and human rights lobby groups remaining silent about ‘vaccine passports.’ I have watched much of the political left transition openly into the authoritarian movement it probably always was, and countless ‘liberals’ campaigning against liberty. As freedom after freedom has been taken away, I have watched intellectual after intellectual justify it all. I have been reminded of what I always knew: cleverness has no relationship to wisdom.

I have learnt more about human nature in the last two years than in my preceding forty-seven. I have learnt some things about myself too, and I don’t especially like them either. I have noticed my ongoing temptation to become a partisan: to judge and condemn those on the other side of the question – those sheeple, those malicious enemies of Truth. I have noticed my tendency to seek out only sources of information which confirm my beliefs. Revelation is never comfortable.

Most of all, though, what the covid apocalypse has revealed to me is that when people are frightened, they can be easily controlled.

Control: this is the story of the times. Across the world we are seeing an unprecedented claim to control staked by the forces of the state, in alliance with the forces of corporate capital, over your life and mine. All of it converges on the revealed symbol of our age: the smartphone-enabled QR code that has, with frightening speed and in near-silence, become the new passport to a full human life. As ever, our tools have turned on us. Another revelation: they were never our tools to begin with. We were theirs.

My own sense of foreboding is deepening daily. Beneath the surface, down in those depths, I am far from the only one who can see what is emerging. The Narrative does not hang together, the story does not gel, but it is doing its job nonetheless. It is being used to summon forth and justify an unprecedented authoritarian technocracy which is hemming us all in with no consent, no debate, and no right to opt out.

In a short but momentous two years, this is who we have become. We in the West, who have spent decades, if not centuries, lecturing the rest of the world about ‘freedom’, and sometimes trying to bomb them into accepting it. We who invented this thing called ‘liberalism’; we who are now burying it. It didn’t take much, did it, for our words to be revealed as hollow?

Technocracy Is ‘Hemming Us All In With No Consent, No Debate, No Right To Opt Out’

2 Responses to “Technocracy Is ‘Hemming Us All In With No Consent, No Debate, No Right To Opt Out’”