But what was the role that the former Crown Prosecution Service (CPS) leader played during the Jimmy Savile abuse scandal that shocked the nation?

When was Sir Keir Starmer the Director of Public Prosecutions?
After qualifying for the bar in 1987, Sir Keir acted exclusively as a defence lawyer specialising in human rights issues, before being appointed as a Queen’s Counsel (QC) in 2002.

In 2008, he was appointed Director of Public Prosecutions (DPP) and Head of the Crown Prosecution Service (CPS), holding these roles until 2013.

For his role as DPP, Starmer was appointed Knight Commander of the Order of the Bath (KCB) in the 2014 New Year Honours. 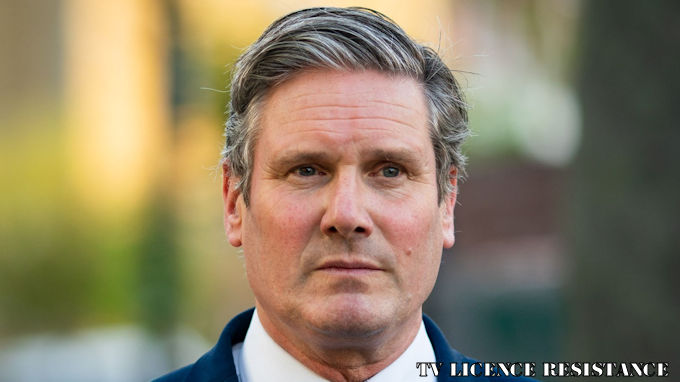 He approved decisions on high profile legal cases, including the shooting of Jean Charles de Menezes, who was killed by Metropolitan Police Officers in 2005.

Sir Keir was also involved in the case relating to the death of newspaper vendor Ian Tomlinson in the 2009 London riots.

After leaving the role of DPP, Sir Keir was selected to be the Labour Party’s prospective parliamentary candidate for the Labour constituency of Holborn and St Pancras in December 2014.

How was he involved in the Jimmy Savile case?

Investigations into the horrific acts committed by Jimmy Savile began before Sir Keir Starmer took the role of DPP in 2008.

A few months before he took on the role at the Crown Prosecution Service, Sussex Police launched an investigation into a possible sexual assault, but took no further action as the complainant did not wish to give evidence.

In 2009 the CPS reviewed four sexual assault claims against the disgraced TV presenter and DJ – but felt there was insufficient evidence with which to proceed – because none of Savile’s accusers were prepared to support police action.

The CPS came under fire for their decisions not to prosecute – and while the Labour leader had no involvement in the decision not to prosecute, he commissioned a review of the service

Led by Alison Levitt QC, Sir Keir revealed failures at the heart of the CPS and in 2013 issued an apology. – saying a “fundamental shift” was required as the nation “cannot afford another Savile moment in five or ten years”.

A total of 589 alleged victims of abuse had come forward during ongoing investigations, with 450 of them alleging abuse by Savile.

Why did he apologise for following the Jimmy Saville case?

In 2013, Sir Keir said teachers, doctors and social workers who fail to report concerns over suspected cases of child abuse should face criminal charges, following the uncovering of Savile’s catalogue of abuses.

He admitted that police and the CPS were likely to have mistakenly dropped many sexual assault complaints because the victims were treated with a “degree of caution which is not generally justified”.

The report also suggested that during a police interview in which he was under caution, Jimmy Savile made veiled threats against officers if sexual abuse allegations against him did not “disappear”.

In his apology, Sir Keir said: “I accept the conclusions reached by Ms Levitt QC and, in the interests of transparency and accountability I have decided to publish her report in full.

“In doing so, I would like to take the opportunity to apologise for the shortcomings in the part played by the CPS in these cases.

“But I also want to go further. If this report and my apology are to serve their full purpose, then this must be seen as a watershed moment.

“In my view, these cases do not simply reflect errors of judgement by individual officers or prosecutors on the facts before them. If that were the case, they would, in many respects, be easier to deal with.”

“These were errors of judgment by experienced and committed police officers and a prosecuting lawyer acting in good faith and attempting to apply the correct principles. That makes the findings of Ms Levitt’s report more profound and calls for a more robust response.”