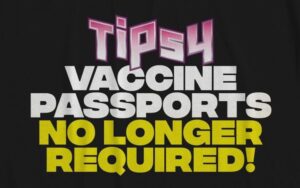 Scottish nightclubs have discovered a loophole in the vaccine passport scheme whereby if they put chairs on the dance floor they are no longer classified as nightclubs and can ignore the rules. This has led to claims that the scheme has descended into “a shambolic mess”. The Telegraph has more.

Lulu, a major nightclub in Edinburgh, has begun marketing itself to unvaccinated Scots by advertising the fact that door staff will not be carrying out checks on whether customers have been jabbed.

Nightclubs and other venues, such as stadiums and concert venues hosting major events, have been legally obliged to check customers’ vaccination records in Scotland since last month.

However, despite describing itself as “Edinburgh’s best nightclub” and being open until 3am, Lulu said it technically no longer qualified as a nightclub under Scottish government rules because it had placed seats on its dance floor.

In several social media posts promoting the changes, introduced at the weekend, the venue boasted that “normal service” had resumed and added: “You don’t need [a] vaccine passport to party with us.”

Under the legal definition, only venues with a space “provided for dancing by customers” are classed as a nightclub, meaning those that install seating instead can claim they are outside the scheme’s scope. Hospitality industry representatives said clubs across Scotland were exploiting the loophole so they could ignore vaccine passport rules.

“SNP ministers should be embarrassed that they designed such a mess of a scheme,” Murdo Fraser, the Scottish Conservative spokesman for Covid recovery, said.