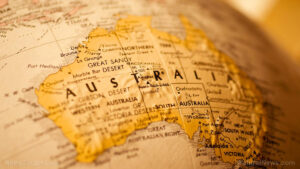 More than 10,000 Australians have registered for a government program that will give compensation to those who suffered from health issues after getting vaccinated against the Wuhan coronavirus (COVID-19).

Australians who lost their income after being hospitalized for serious vaccine adverse effects are qualified to receive compensation starting from A$5,000 ($3,620). The Australian government may face A$50 million ($36.2) payments in order to keep its obligation.

So far, Australia’s Therapeutic Goods Administration has received almost 79,000 reports of adverse effects from 36.8 million doses of the vaccine, the most frequently reported being a sore arm, fever and chills.

The TGA also received 288 reports that are assessed as likely to be heart inflammation linked to the Pfizer vaccine, and another 160 clotting disorders – thrombosis with thrombocytopenia syndrome (TTS) – linked to the AstraZeneca vaccine. Nine deaths have also been linked to the immunization program, with the majority of casualties aged 65 and older.

Australia pushed for vaccinations following setbacks earlier in the year, as the delta variant put the country’s two largest cities, Sydney and Melbourne, in months-long lockdowns.

Claims to be assessed from mid-December

Claims made through the government’s indemnity scheme for the vaccination will be assessed starting mid-December. A spokesperson from the Department of Health (DOH) confirmed the number of potential claimants registered since the scheme’s launch earlier this year.

“Since September 6, 2021, 10,000 people have registered their interest in making a claim under the COVID-19 Vaccine Claims Scheme,” the spokesperson said.

The no-fault indemnity scheme, which has been backdated to cover the vaccine rollout, will provide assurances to both vaccinators and vaccine recipients as the government continues its push to immunize a greater portion of the population.

It was introduced after an emergency National Cabinet meeting in late June amidst a growing outbreak of the delta strain and lack of vaccine supply.

Dr. Mukesh Haikerwal, whose clinic has vaccinated around 25,000 people, said that the introduction of the scheme played an important part in the momentum of the vaccination rollout.

“The government has done everybody a service by providing the surety and the backup [with] the scheme. Now they’ve got to deliver by making sure that people who have claimed in good faith and who have unfortunately been injured through the process are looked after,” said Haikerwal.

Haikerwal said he was surprised at the number of immediate reactions to the vaccine, including someone who fainted at his Altona North vaccine clinic in Melbourne. He believes that the scheme allowed general practitioners and other medical professionals to keep their focus on the vaccination program.

“For the person who’s had an adverse reaction, it means they don’t have to go through that process of suing the doctor. If they can prove the case is vaccine-related, they’ll be compensated for it straightaway.” (Related: Australian police commissioner refuses to enforce vaccine passport mandate.)

The most high-profile of the reported issues are TTS for AstraZeneca jabs, which has affected an average of two in every 100,000 people and is commonly reported after a first dose. Myocarditis, which is associated with the mRNA vaccines like Pfizer and Moderna, occurs in about one in every 100,000 people, although it is most common in young men and teenage boys after a second dose.

The scheme covers vaccines administered from the beginning of the rollout and will cover costs of injuries above A$5,000 ($3,620) with “proven adverse reaction” to the vaccination. However, the level of evidence required for claims of more than A$20,000 ($14,480) needs to be confirmed, with a DOH spokesperson saying that the details will be made available soon.

One Response to “Over 10,000 Australians want compensation for COVID-19 vaccine side effects”