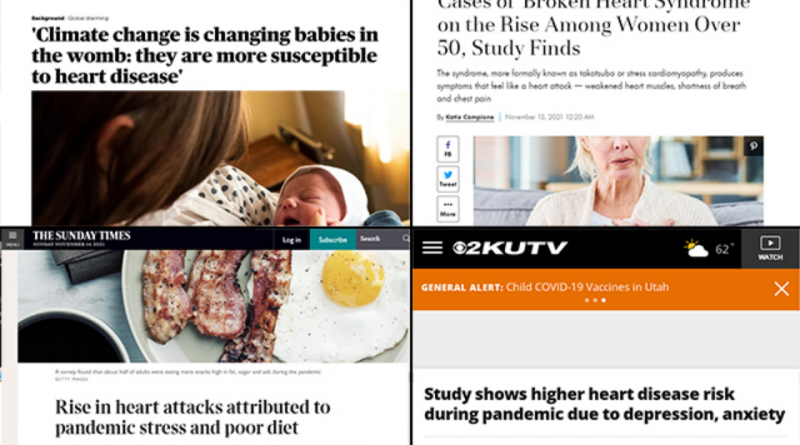 The media is looking for absolutely anything (other than the obvious) to blame for the sudden surge in heart attacks, myocarditis, pericarditis and assorted heart diseases throughout the West.

The US media is blaming “broken heart syndrome”…

As well as “anxiety” and “depression”: 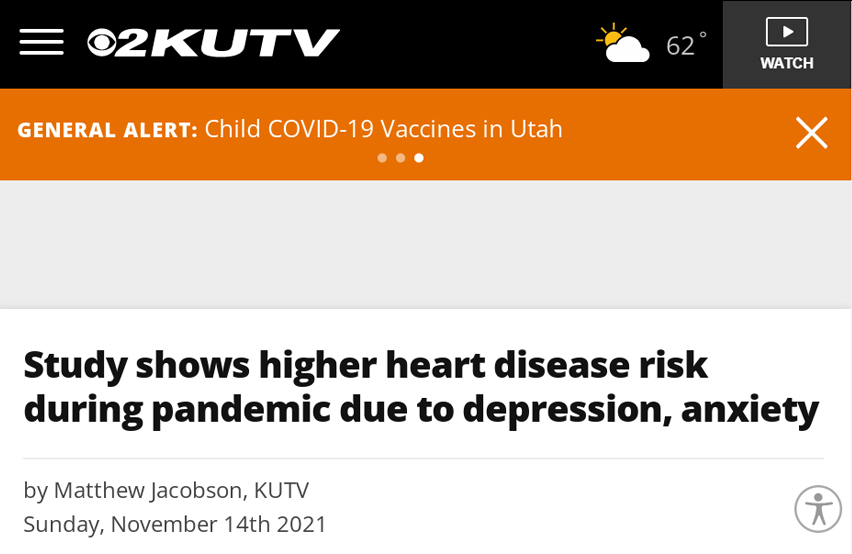 The media in Europe is blaming “climate change”: 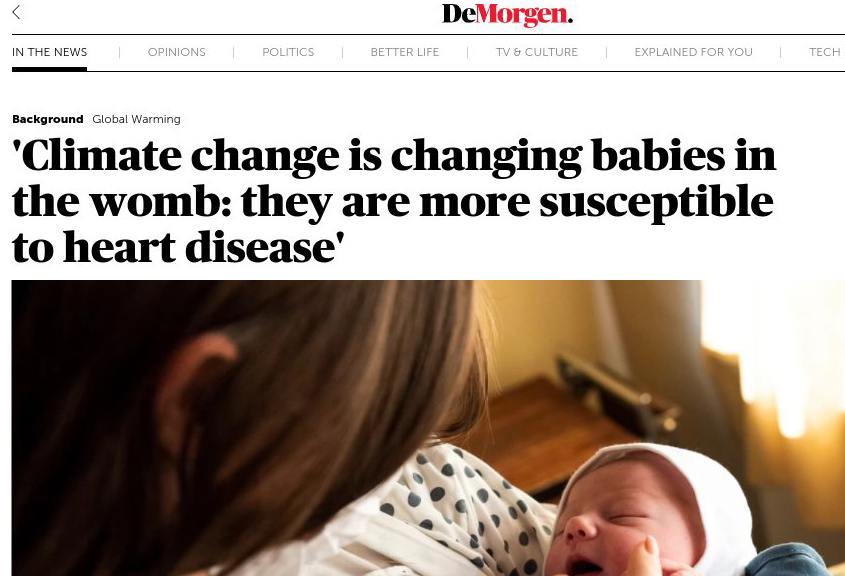 The UK media is blaming “pandemic stress” and “poor diet”: 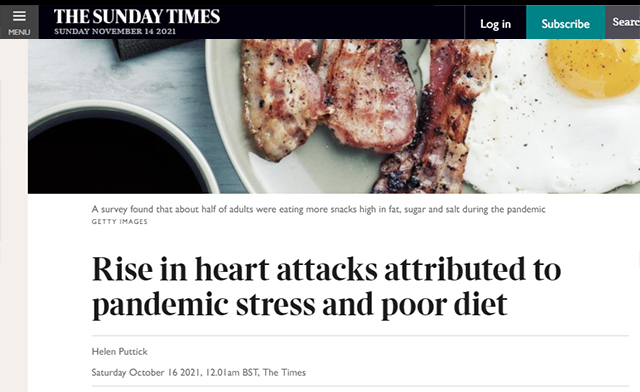 To their credit, the Times actually broached the real issue in the body of their piece.

“Poor diet and stress during the pandemic are likely to have caused a spike in heart attacks in Scotland, according to a leading heart specialist who said there was an outside chance that Covid-19 vaccinations had played a part,” the Times timidly reported.

Aseem Malhotra, a cardiologist and chairman of the Public Health Collaboration, a charity, noted how in war zones heart attacks and strokes often increased among civilians after the conflict had ended. He suggested that the impact of the pandemic might be creating a similar phenomenon, helping to explain a surge in heart attacks caused by partially blocked arteries in the west of Scotland, after lockdowns this year.

[…] He said: “With the vaccines we already know that in the short term there was a clotting blood issue. At the moment I do not think there is any strong indication this is vaccine-related.”

However, he added: “We cannot completely discount it. We should keep one eye on it in the coming months.”

They concluded their article with propaganda from Pfizer claiming “cardiac arrest is not a recognised side effect” of their covid jab (If you disagree, they might have to have you arrested!).

I, for one, blame the unvaccinated!