With vaccines we’ve been stimulating people’s immune systems for the better part of a century and yet NO monitoring (virtually) has been carried out to see how their immune systems are responding. 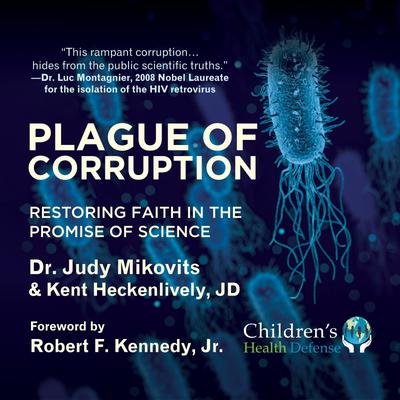 In addition to the animal and human retroviral contaminants, the carcinogen formaldehyde, antibiotics which dysregulate the GI (Gastro-Intestinal tract) and nasopharyngal microbiomes, glutamate, and bio-incompatible contaminants including nickel and chromium (EXH 6) which can synergise in toxicity and the development of neuroinflammatory, neurodegenerative and neuroimmune diseases – and cancers, which can become clinically apparent decades later.

Let’s talk about what’s become clear to me about vaccines. The vaccines contain human cells, specifically MRC5 and WI-38 cells, from aborted babies.

My friend, the late Dr Jeff Bradstreet (murdered) was extremely concerned that injecting human DNA into the bloodstream of children would eventually integrate into the DNA of those children and cause damage.  Dr Theresa Deisher, who obtained her PhD in molecular and cellular physiology from Stanford…has similar concerns, and has testified about them……

The fact is we do not know the long-term consequences of injecting human DNA into the bloodstream of young children (or adults for that matter).  If the human DNA also contains or activates latent retroviruses, these can also generate reverse transcriptase, which will allow for genetic rearrangement, which we know promotes the development of cancer.

Dr Deisher –  How might human DNA contaminated vaccines contribute to human disease?  First there is the potential for the contaminating DNA to be mixed with our own genes by a process called homologous recombination.    Homologous recombination is an establish biologic phenomenon in which a segment of a cell’s DNA is substituted by another segment of DNA that is similar.  This can occur during cell division or DNA repair….

DNA is a powerful immune stimulant.  Diseases like graft versus host,  Type 1 diabetes, multiple sclerosis, lupus and some forms of arthritis are what are called auto-immune diseases.  These are diseases driven by attack from our own immune system on our own organs, a system normally responsible to attack invading bacteria and pathogens.  Targeted self-destruction if you will.  Science does not yet know what triggers the auto-immune attack.  We lack studies that have examined the relationship between immune responses to human DNA-containing vaccines and auto-immune diseases.

When we move to animals the problem becomes much worse.  We know with scientific certainty that one of the most destructive factors in human history is the jumping of animal viruses into humans….Jared Diamond in his book Guns, Germs and Steel makes the argument that the reason European contact with Native Americans was so devastating is that we had become infected with viruses from our domesticated animals.  These viruses came from our horses, our cows, our dogs, our goats ….

I make the case that what we have done in the laboratory mimics the worst of what happened in European populations and animals in the Middle Ages and then travelled across the ocean.  The sad possibility is that our children and immune-compromised are the Native Americans in this scenario.

We are mixing animal and human tissue in laboratory cultures, then injecting them into human beings in a way that bypasses their traditional defenses, such as stomach acid breaking down pathogens.

TAP – not just the children either.  Mass murder done ever so sweetly.  Vaccine should be banned worldwide immediately.  The joke is over. 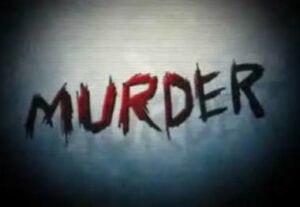 2 Responses to “Mikowits – what I think about vaccines”