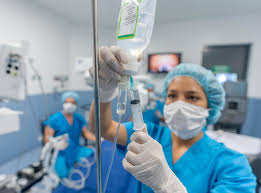 Nothing the Government runs ever works. This is because politicians make useless managers, while the people they employ don’t care enough about what they do to make any effort to do it half decently. The best (or worst) example of the failure of politicians and public employees to run anything effectively is the National Health Service (the NHS).

The NHS is a bureaucratic monster which kills more people than it saves. It is absurdly expensive, wasteful and inefficient. There are more administrators than nurses or beds. The annual cost of NHS management is outrageous and indefensible: it’s double the amount the NHS spends on accident and emergency services, dental services and maternity care. To describe the NHS as an expensive and dangerous disaster is to understate the situation. If you are taken ill the chances are that it will not be the illness that will kill you but the treatment you receive afterwards. We would, as a nation, be better off with nothing. If that sounds overstated, it isn’t.

Some people are saved, of course. Road accident victims and patients requiring emergency surgery may have reason to thank the NHS for their lives. But thousands more are damaged or killed by poor prescribing, inaccurate diagnoses, dangerous vaccines, incompetent nursing, long waiting times and so on.

Anyone who enters an NHS hospital as a patient is putting their life at risk. If cigarette packets deserve to carry a health warning then so do hospitals.

Bevan’s idea for a National Health Service was absurd. Why should the State provide a free health care service? The notion that health care should be `free’ because it is essential is rubbish. It would make more sense to say that food and water should be free.

The idea that hospitals and doctors should be part of some national system is equally nonsensical. Bigger simply means employing more bureaucrats. The existence of a central authority, and the employment of layer upon layer of administration, makes the NHS expensive and inefficient.

A huge rift has opened up between doctors and patients. Doctors regard patients as the enemy. And patients regard doctors with distrust.

In order to protect themselves from lawsuits doctors order batteries of investigations before daring to consider making a diagnosis. In the bad old days, doctors would make diagnoses based on the patients’ symptoms and their own experience and instincts. Today, diagnoses are made using tests which are far more fallible than instinct and experience.

Endless laws and regulations have separated doctors from patients. Doctors are encouraged (pressured would be a better word) to introduce appointment systems even though both patients and doctors are better off without them.

Our health care system is a failure because it is distorted by regulations, targets and legislation. Anyone who does not regard the NHS a failure should ask themselves why, before the onset of the covid fraud, so many people were flying out to India and Thailand to obtain medical care which, it was widely acknowledged, will be better and safer and much, much cheaper.

Responsibilities have been replaced by rights. And, paradoxically, the result is that in modern England many people, particularly the elderly, are denied treatment. Powerful and organisations campaigning for particular groups of patients can put pressure on the controlling political party and force the Government to provide treatment for their group. But this is done at the expense of other patients. And so politically correct groups (such as those requiring infertility treatment or sex change operations) are treated while the elderly (not at all politically correct) are allowed to go blind and to die when they could be treated quite cheaply.

Things were made much worse by the European Union. It is, for example, partly because of the EU that general practitioners in England no longer provide 24 hour cover for their patients.

Our health care system is a failure because it is distorted by regulations, targets and legislation – some of it originating in London and much of it coming from Brussels. Replacing the NHS with a system of private medical care would employ far fewer bureaucrats but it would be infinitely fairer and better and considerably cheaper.

Don’t believe me? Look at the figures.

I could buy damned good private health cover for £2,000 year. And so could you. And the service would be better and safer.

No political party would ever dare suggest closing the NHS and replacing it with a private health care system. But that’s what we need to do.

The last two years has proved conclusively that the NHS is no longer fit for purpose.

Taken from `Bloodless Revolution’ by Vernon Coleman – available as a paperback and an eBook on Amazon.

3 Responses to “Hospitals and health care are better run privately.”