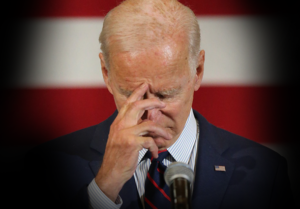 On Friday, a three-judge panel of the U.S. Court of Appeals for the 5th Circuit issued its latest ruling, after temporarily halting the mandate last weekend in response to lawsuits filed by various businesses and citizen advocacy groups.

“Rather than a delicately handled scalpel, the Mandate is a one-size fits-all sledgehammer that makes hardly any attempt to account for differences in workplaces (and workers) that have more than a little bearing on workers’ varying degrees of susceptibility to the supposedly ‘grave danger’ the Mandate purports to address,” they wrote.

They said they believed that the ruling imposed a financial burden on businesses and potentially violated the commerce clause of the Constitution.

“The Mandate imposes a financial burden upon them by deputizing their participation in OSHA’s regulatory scheme, exposes them to severe financial risk if they refuse or fail to comply, and threatens to decimate their workforces (and business prospects) by forcing unwilling employees to take their shots, take their tests, or hit the road,” they wrote.

(…) The court halted the policy, scheduled to take effect Jan. 4, and ordered the Occupational Safety and Health Administration not to take further steps to implement or enforce the mandate. It is not clear whether the 5th Circuit will determine the fate of the mandate. The Biden administration had asked the 5th Circuit to hold off on ruling until a judicial lottery can take place next week to consolidate several challenges to the mandate before a single appeals court.

The draconian mandate – which may soon be deemed illegal by the high courts, was not actually issued by the President, but by the Occupational Safety and Health Administration (OSHA) back in September – a strategic decision by the White House in order for the President to avoid excessive legal blowback for what is now being regarded as a highly dubious policy designed to reap record-breaking vaccine sales for the transnational pharmaceutical cartel and give the federal government unprecedented levels of control over individual citizens. The mandate states that employers must require all workers have the experimental COVID-19 injection, or submit to intrusive regime of weekly tests, to be implemented no later than by Jan. 4, or face a $14,000 fine per employee. It’s estimated that this would affect over 84 million workers.

Naturally, the move by the White House to impose medical apartheid in American has prompted an avalanche of legal challenges from numerous businesses, trade associations, religious groups, and several states who are vowing to protect the constitutional rights of the people.

This is being regarded as a crushing defeat for Biden and his backers from the pharmaceutical lobby.

The White House had issued no so far on the ruling.