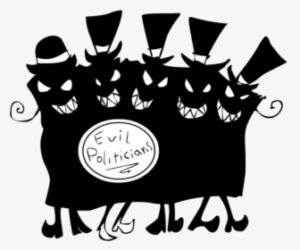 The evil people behind the covid-19 fraud haven’t made many mistakes.

Their plan has been carefully designed by psychologists and brain washing experts and a close study shows that they have been designing the hoax for a number of decades.

The claim that government ministers are following the science is so far from the truth that it doesn’t stand up to even a cursory glance. Ministers and their hundreds of advisors haven’t just ignored the science, they have deliberately suppressed truths in order to create more fear and force members of the public to accept their outrageous instructions and threats.

But there has been one huge mistake.

As I have explained on numerous occasions, the covid fraud is being perpetrated as a stepping stone created to take us into the Big One: the global warming fraud.

(The phrase `global warming’ was changed to `global cooling’ when it became obvious to even the most mean-minded citizens that the weather wasn’t getting notably warmer and then changed to `climate change’ when the same citizens noticed that the weather wasn’t getting notably cooler either. It was just weather. It is difficult to sustain the argument that man’s activities are changing the nature of the weather when you can’t decide whether man is making the weather warmer or colder. The phrase `climate change’ enables the conspiracy practitioners to blame our cars, our foreign holidays and our home heating systems for every day of sunshine, every breeze and every snowfall. Windy days are given names and called hurricanes and weather forecasters who can’t tell us what the weather is going to be like tomorrow confidently tell us what it is going to be like in 50 years’ time.)

Global warming is the confidence trick, the scam which will eventually enable the evil supporters of the Great Reset to maintain endless lockdowns, permanent mask wearing, digital passports and very precise control on every aspect of human behaviour – including what we eat, were we go, how we live, how we work and so on.

We must stop using fossil fuels, say the woke, far left wing commie conspirators who are behind the global warming fraud.

They claim that the use of fossil fuels will damage the planet.

The reality is that they want us to stop using fossil fuels so that the global economy will collapse and billions will die – mainly of starvation and cold.

Most people realise that global warming is a scam. It’s difficult to sustain the lie that the climate is changing dramatically when anyone over the age of 12 knows that it isn’t. I suspect that many people regard the little Swedish funster as a media joke rather than a serious forecaster of future crises.

A careful, scientific study of the evidence shows that the weather now is not notably different to the weather at any other time in history. The cultists claim differently, of course. Some say we’ve just had the hottest summer in human history. And they claim that it was due to man. Even if they were right about the summer being exceptionally hot (which it patently wasn’t) how can they possibly say why? They can’t. Oh, and how does the `hottest summer’ claim fit in with the claim that England was flooded because it was the wettest summer in human history?

So, putting all that aside, what’s the mistake I believe the fraudsters have made?

The mistake is in allowing the moronic pseudoscientists and cultists who believe in global warming freedom to block roads, town centres and motorways – and generally make a nuisance of themselves.

The police seem to support the cultists and I would suspect this is either because they believe the story being told or, more likely, they have been instructed to give the road-stoppers freedom not allowed to other campaigners. If a few thousand people questioning the myth of global warming took to the streets they would be cleared away in minutes.

And this is a huge mistake which is working in our favour.

The public doesn’t believe in global warming. Most don’t know what is behind it but they know it’s a scam.

And the activities of Extinction Rebellion and its unholy, scruffy, motorway blocking bastard offspring have merely strengthened that loathing of a scam which is disrupting every aspect of our lives – and which threatens to bankrupt us and leave us all shivering and hungry.

The annoying, backpack carrying virtue signalling, Guardian reading numpties who glue themselves to the road are building up a loathing which is spreading to include the whole global warming fraud.

And so, as long as you aren’t caught up in one of their custom built traffic jams, you should cheer and support Extinction Rebelllion. Their bizarre, anti-social activities, built on myths and lies, are destroying the global warming fraud and doing massive damage to the plans for a Great Reset.

May they use ever stronger glue.

If you haven’t already read it, we suggest taking a look at `Greta’s Homework – 101 Truths about Climate Change that Everyone Should Read (Especially Hysterical, Hypocritical Mythmakers’. The author is Zina Cohen. The global warming nutters hate it because it tells the truth.

Alternatively (or as well) you might enjoy `A Bigger Problem than Climate Change’ by Vernon Coleman.

One Response to “Evil Politicians have made a Mistake at Last”