A long list of exceptions to Austria’s lockdown of unvaccinated has led critics to warn that the partial lockdown will be difficult to enforce: unvaccinated people will still be able to go to work with a negative test result, do essential shopping and outdoor physical exercise, meet their partner or other select individuals, and “satisfy their basic religious needs”.

Schoolchildren, who are tested regularly, are also exempt from the lockdown.

The measures, details of which were announced on Sunday by the chancellor, Alexander Schallenberg, are provisionally designed to last for 10 days, though the government said it would discuss potential further restrictions on Wednesday, such as a nighttime curfew that would also apply to those who have been vaccinated.

The week before the new restrictions came into place, almost 130,000 people in Austria chose to be vaccinated for the first time, the highest weekly number recorded since the second week of July.

The far-right Freedom party has said it will seek legal action against the lockdown measures and announced plans to organise a protest in Vienna on Saturday.

(Freedom is described either as far left or far right in all media, trying to drive a wedge between those who oppose the OWG and those who comply like sheep)

TAP – Well done to two million Austrians.  Don’t cave in.  Make them enforce.  Defend.  They can’t lock up or down two million people.  Go for it.  Don’t comply. 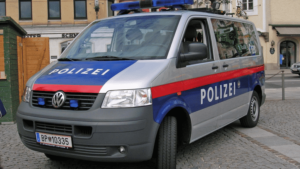