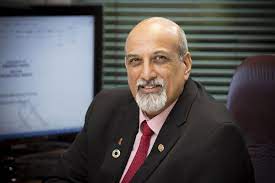 Professor Salim Abdool Karim predicted the fourth wave on 17th August 2021 and had already resigned from his ministerial advisory committee (MAC) in March.  Just a month after stepping down from SA’s Ministerial Advisory Committee on COVID, Professor Salim Abdool Karim is back in the game – and going global: He’s been appointed to the World Health Organisation (WHO) Science Council.

“Cape Town – The resignation of Professor Salim Abdool Karim as co-chair of the Covid-19 ministerial advisory committee (MAC) on Covid-19 ahead of the much-feared third wave has been met with surprise, with the health sector lauding his dedication and leadership in the global fight against the pandemic.”