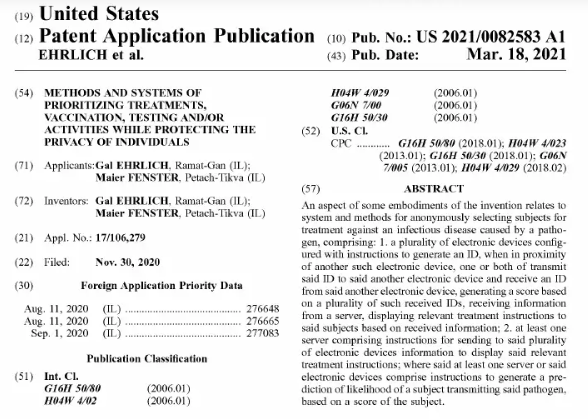 I was sent two different patents over the past week. Both seem to work hand in glove together as an “obedience platform” that could result in those injected with the COVID shots being led to an “execution platform.” While many claimed that what Catherine Austin Fitts so eloquently explained months ago about the connection of the shots to 5G to a cashless society to the Great Reset was a tinfoil hat conspiracy theory, we are clearly seeing the documentation and the real time effects of what is taking place and it is downright apocalyptic.

However, during the time I was looking at the patents, former Pfizer employee Karen Kingston actually reported on these patents and explained them far better than I could seeing as she was involved in the pharmaceutical industry for years.

With that said, listen to what she has to say, and then read through the patents below and come to your own conclusions. Your life and the lives of others depend on you understanding this information and sharing it far and wide, and not just on social media, which is seeking to censor this for maximum kill effectiveness.

Additionally, Dr. Carrie Madej appeared on The Sons of Liberty radio on Thursday and exposed what she discovered in the Pfizer, Moderna and J&J vials, and it’s blatantly clear that these are not only kill shots for some, but the desire is to control the human race via internal and external technologies, even to the point of executing you if you fail to be a good little commie.

Church Stretton: Unsold Cars From 2020 Might Be Cheaper Than You Think

And if you’re still wondering why people like Donald Trump rolled this out and pushed for it and continues to push for it, it isn’t because it’s part of a plan to save America, it’s because he is a Judas and too many people are blinded by their idolatry of him to not see he and his ilk are just as much a part of this global takeover of the US as those that claim to be his political opposition. Don’t believe me? Let G. Edward Griffin help you understand.

G. Edward Griffin: The Communist Revolution I Warned About 50 Years Ago Is Taking Place Today

G. Edward Griffin: Tax-Exempt Foundations Pushed Communism At Direction Of President Of US

Article posted with permission from Sons of Liberty Media

One Response to ““Vaccine” Patents: You’re Being Injected With An “Obedience Platform” – Could Turn Into An “Execution Platform””