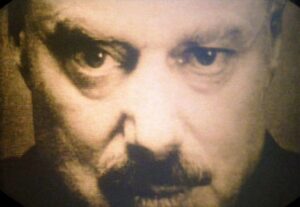 Is it any wonder reports of mental illness have sky-rocketed in recent years when we are all constantly berated over what an awful state the world is in and how disaster is imminent unless our whole way of life is radically changed for the worse?

People living in 2021 are now burdened with at least three major issues, all of which have arisen or reached a new intensity in the last 18 months. First there is obviously Covid, with lockdown restrictions – unheard of before February 2020 – fast becoming normalised as a form of disease management. Second is climate change, the recent IPCC doomsday report and the approach of COP26 triggering the release of all kinds of new schemes and threats of punitive taxes and bans. Third, there is Critical Race Theory and the wider woke agenda of demonising and delegitimising ‘whiteness’, men, heterosexuality, women, and anything else deemed to be oppressive to minorities and insufficiently inclusive, egalitarian and diverse.

On the face of it these three things have little or nothing in common. Disease management, global temperature changes, race and minority relations – the issues are distinct. Yet their supposed urgency makes them and their approved solutions core tenets of the reigning governing philosophy of our day. Covid is such a serious disease it must be suppressed via restrictions whenever it surges; climate change is such a threat to human life it must be combated by drastic reductions in carbon dioxide emissions as quickly as possible; the oppression of minorities is so serious and pervasive that drastic action must be taken to increase diversity and remove oppressive cultural expressions in short order.

The three are also united in that all of them demand a high degree of social control. Normal life and liberty spreads disease, emits carbon dioxide and oppresses minorities. It is therefore unacceptable and must be curbed and brought under a heavy degree of governmental and social regulation. People must be compelled not to gather, to stay at home, to wear face coverings, to take tests and medicines, not to burn gas, oil, coal or petrol, not to eat meat, not to offend favoured minorities, to promote diversity. Those in charge are always attracted to an agenda that justifies them throwing around the power they have, and this unholy trinity of righteous causes has that in buckets.

The three are also based on ‘science’, or at least academia. They involve supposedly impartial, objective experts pronouncing on what the world’s biggest problems are and formulating the solutions that will save us. This is a very appealing formula for elites, who gain perceived legitimacy by allying themselves with expertise.

Another thing the three have in common, though the scientists, academics and politicians themselves will never admit it, is that they are all based on an underlying mistake, and the pursuit of their supposedly necessary solutions will frequently cause more harm than good.

To cap it off, they are also all totally impossible to achieve, giving rise to the ultimate soul-destroying ideology: urgent, impossible, and ultimately pointless.

The pursuit of carbon ‘net zero’ is perhaps the most urgent, most impossible and most pointless goal of them all. Impossible, because Western countries only ever claim to ‘achieve’ it by outsourcing industry and manufacturing to other countries like China, who are nowhere near achieving it and are unlikely to be seriously trying to. It’s also impossible because the stated aim, according to the IPCC, is to keep the global temperature rise below 1.5°C above pre-industrial levels. Yet according to the IPCC’s own modelling this objective is simply not possible, short of completely unrealistic and immediate slashes to carbon dioxide emissions, with temperatures projected to rise above that supposedly catastrophic level anyway.

While global temperatures are up a bit in the last 50 years, the current temperature is not unprecedented in recent geological history (see below). Besides, being warmer is usually a good thing, as warmth is good for life. So, too, is carbon dioxide, and the increased atmospheric concentration is driving a big boost in plant growth. There is evidence that temperatures were higher in many parts of the world (if not globally) around 1,000 years ago (known as the Medieval Warm Period), at which time sea levels were one metre higher (or more) than the present. The warming since the 19th century owes at least as much to coming out of the post-medieval Little Ice Age as it does to human emissions (the relative contribution of each is hard to unpick). There is also no evidence that sea level rise is accelerating, nor that severe weather or flooding is increasing, despite modelling implying that it should be.

If temperatures keep on going up from here, and even accelerate, then there may be more of a problem, especially if it happens fast and gives little time to adapt. But there’s currently no sign of that (global temperature hasn’t increased for the last almost seven years), and for it to keep on going in runaway fashion carbon dioxide would need to be a kind of control knob for global temperature that overrides other drivers and feedback mechanisms. That would seem unlikely, given the large natural variation in temperature over geological history. Indeed, during the most recent global cooling period in the mid-20th century the worry was raised that Earth may be entering a new ice age. This fear was not totally fanciful as another ice age is due soon – the current interglacial period has been running for around 12,000 years, which is longer than some earlier ones have lasted (see above). An ice age really could be imminent, and really would be something to worry about.

Urgent, impossible, pointless. A recipe for anxiety, stress and despair – and endless Government intervention and restriction on our lives. Whether it’s controlling Covid, cutting carbon or pushing diversity, there is no end to the requirements Government now feels entitled to impose upon us for the sake of achieving the ‘greater good’. Yet far from being urgent, these goals are both impossible and pointless, and the effort to achieve them is toxic. Time for a rethink.

2 Responses to “The Unholy Trinity of Social Control: Covid, Climate Change and CRT”