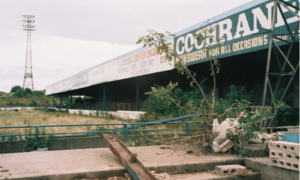 I have stated it before and will continue to do so: we are at war and it is one being waged at needlepoint. It is breaking out everywhere and for those who take part in sports (at all levels), the killing fields are the track and field on which they participate.

I previously wrote about how there is an increasing number of footballers who are experiencing heart-attacks whilst on the field of play.

Since its publication, cardiac arrests have been suffered by an increasing number of footballers and other professional sportsmen.

Similarly, there has been a series of mainstream media reports of celebrities/media personalities passing away “after a short illness”, usually after they have been jib-jabbed. In other words, there is a cover-up going on of the harm and death caused by the vile vials being pumped into people’s arms.

The self-evident link between the mag-jab and the premature deaths of those people is being suppressed at all costs.

In the following video, Ricardo Delgado and Dr. Sevillano of Orwell City run through the evidence and posit an explanation as to what is happening in the bodies of those athletes that have been mag-jabbed and are dying in the killing fields in increasing numbers.

Ricardo Delgado: Let’s see, precisely, how the sport and the vaccine interact. José Luis, do you recall that yesterday we read a scientific article that described how the cardiac cells could be modulated or stimulated remotely and wirelessly through photons and electromagnetic fields so that the pulse could be increased or decreased by three and so on by using the fashionable material called Graphene? Graphene oxide.

What we’re seeing is that people who practice sports with a certain frequency —even athletes—, are losing their lives and becoming seriously ill. We have prepared a brief report on the topic. We’re going to show it now.

Intro: Deaths and serious conditions in athletes caused by the “vaccine.” Graphene inside the body kills.

Of course, the whoring press-ti-tutes, the complicit medical professionals and associated mealy-mouthed apologists for the Big-Pharma slaughter repeatedly lie when they state that all of this is a mere coincidence, or that it was the Convid that killed them and that there is no link between the mag-jab and the increasing numbers of deaths occurring in the killing fields of sport.

However, the tipping point is coming and each and everyone of the mag-jab apologists, whatever job they may be doing, will shortly become reviled. I don’t use that term lightly – when sufficient numbers of people realise exactly what has been done to them, their relatives and friends and how the liars have not only pushed the vile vials but also covered up the associated deaths and adverse reactions to the clot-shot, those who have propagated the propaganda will be targeted as the murderous traitors they are.

Informed consent and full disclosure – an article on what constitutes a valid agreement (contract), the principles of which apply to accepting the offer of the Mag-Jab.

If any reader feels appreciative of and wishes to support the work at RM, please tip me some coin via the donate button. Thank-you.