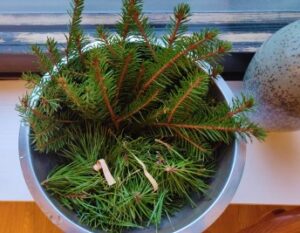 Front line doctors and medical experts dropped a bombshell in late April 2021, revealing matters of national security for all nation states. Transmission between the Covid-19 vaxxed and unvaxxed is causing Adverse Reactions in people who did not take the injection. Experts revealed that transmission is happening at a rapid rate and without skin to skin contact.

Covid shots are not vaccines but experimental bioweapons and this is expert consensus. It’s not just viral shedding as we thought but transmission potentially of spike protein that’s causing Adverse Reactions in the unvaxxed. The cells of the vaxxed are now coded to produce the synthetic pathogen they were injected with using lipid-nanoparticles. This is clearly gain-of-function weaponry.

It was also  unanimous consensus of medical experts that the vaxxed should be quarantined because transmission is believed to be airborne.

Dr. Judy Mikovits mentioned the antidote in a video titled “Suramin” is the antidote to the bioweapons and transmission. You can obtain enough from pine needle tea (pine, spruce, cedar and fir)“.

The possible antidote to transmission is called Suramin. But Suramin is the pharmaceutical version of Shikimic Acid called Shikimate. It’s found in Pine, Spruce, Fir and Cedar needles, according to Dr. Mikovits. She explained in this censored interview that you can get enough of the *antidote* by drinking pine tea.

We now know that the Covid-19 “spike protein” does not remain in the injection site but travels through the blood, entering and attacking first the vascular system. It coagulates the blood causing blood clots in the brain (embolisms), coronary thrombosis (heart strokes) and pulmonary embolisms (lung strokes). This “spike protein” is also collecting in ovaries and testes and rendering women and men infertile. Transmission is causing innocent bystanders to have adverse reactions of miscarriages, unusual heavy bleeding, uterus shedding and God knows what else will come.

Pine needle tea is one of the most potent anti-oxidants known to man and it’s a super food. You can pluck it right off the tree and eat the tips. Pine needle oil is known to treat cancer, inflammation, pain of all kinds and respiratory infections like pneumonia, influenza and Coronavirus’. Pine needle tea kills parasites an, energizes you from your first cup.

Dr. Judy Mikovits (1 min. MP4 censored by You Tube) has revealed that the medical establishment has known all along about the antidote to the contagion – a contagion that is now being seen today by thousands of people who have not taken the serum, but have merely come in close proximity with others who have taken the jab.

(The word “serum” is being used here since, evidently, the way to avoid taking the jab is to say “I am allergic to the serum”.)

When the medical establishment and political promoters want to exempt themselves from taking inoculations, they always give themselves a legal way out, while pushing the “citizenry” to take the jabs.

“I am allergic to the serum” is one of their solutions.

Taking the serum is one thing. The spike protein contagion now being experienced in large numbers by those who did not take the serum, but just visited with a relative or friend who did, is entirely new and unprecedented.

What are the side effects being seen by this contagion?

The Antidote to the Contagion

This antidote to the contagion, that has been known of by the upper levels of the medical establishment and insiders of the elitist class for almost 100 years, is called Suramin, an isolated compound originally derived from an extract of pine needle oil.

It is only available by injection, and has been a closely guarded secret not made openly available to the masses during this “pandemic”, yet is an effective solution for parasites and viruses of several kinds, along with a large number of other conditions.

The Trail from Suramin to Pine Needle Tea

Here is the trail of science and data that shows the derivative relationship between pine needles and Suramin (“the elist’s antidote” to microbial illnesses) – and which also provides a potential antidote for those affected by the spike protein contagion (for reasons explained within the following data):

One Response to “PINE TEA: Antidote and other Elixirs”