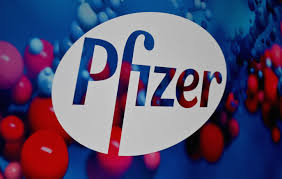 Pfizer greatly accelerated the speed of experimental COVID-19 vaccine approval far beyond what even its oft-quoted representative, Scott Gottlieb, predicted when he said “we need to assume that a vaccine may be two years away” in April 2020.

Pfizer has set many other records in its history.  Pfizer held the record for paying the largest fine under the Clean Water Act when it paid $3.1 million in 1991 “for dumping pollutants into the Delaware River from 1981 to 1987. Federal officials said it was the largest penalty of its kind, but Pfizer disputed that it was the largest.”

“The EPA said pollutants were discharged at levels toxic to aquatic life that depleted the river’s oxygen supply.  But Pfizer said it was ‘unaware of any evidence that Pfizer’s discharges caused any environmental harm or damage to aquatic life in the Delaware.’”

Pfizer went on to set another record in 2009 when it paid “$2.3 billion, the largest health care fraud settlement in the history of the Department of Justice.”

A government attorney said the fines against Pfizer were part of an ongoing effort “to protect the American public from those who seek to earn a profit through fraud.”

“The size and seriousness of this resolution reflect the seriousness and scope of Pfizer’s crimes,” said another government attorney. “Pfizer violated the law over an extensive time period.  Today’s enormous fine demonstrates that such blatant and continued disregard of the law will not be tolerated.”

The $2.3 billion fine against Pfizer was sparked by whistleblower John Kopchinski, who said Pfizer was promoting its drugs “for problems far wider than approved uses.  He contended that this put patients at risk of heart attacks, strokes and blood clots. ‘At Pfizer I was expected to increase profits at all costs, even when sales meant endangering lives. I couldn’t do that.’”

The New York Times reported that the fine amounted “to less than three weeks of Pfizer’s sales.”

Pfizer has been repeatedly sued for illegally promoting their drugs, putting patient’s lives at risk.  During one court case for Neurontin in 2009, Pfizer sent an ex-CIA agent to the home of a whistleblower, Dr. David Franklin, who was due to testify in court the following day.

Franklin had testified in another Neurontin case in 2004; Pfizer pled guilty and paid a $430 million settlement.

In 2009, the day before he was to testify again, the Pfizer investigator called Franklin’s wife repeatedly and then came to their home, blocked the driveway, looked through the windows shouting at his wife, “and would not leave until his wife called the police,” terrifying the family, including an eight-year-old child.

Dr. Franklin told the judge Pfizer’s ex-CIA private investigator told the family on the phone, “‘We know all there is to know about you,’ and then cited the location of my daughter 200 miles away at college. How the hell am I supposed to remain unbiased when you do that? It feels like a threat.”

After hearing Dr. Franklin’s experience, the judge told Pfizer’s lawyer, “At this point, let me just say no one should be going after Dr. David Franklin anymore.  There was that feel, that old movie — There was that feel that was really wrong.”  The judge placed a restraining order on Pfizer for “any private eye with respect to Dr. Franklin or his family,” stating that Dr. Franklin was “terrified.”

In court, Pfizer’s lawyer said, “I do apologize if there was anything inappropriate.  That was never an intent.  Certainly we didn’t advise that.  There will be no more private eyes.”  Pfizer’s lawyer also told the Associated Press, “It sounds like this didn’t happen the way it should have happened. We apologized to (Franklin).”

However, Pfizer later asked the judge to remove the restraining order, saying “the incident has been exaggerated to make the company look bad in the media,” and stating that their investigator “made a brief and unobtrusive attempt to contact Mr. Franklin simply to determine whether he was available to speak with counsel for Defendants.”

The year before Dr. Franklin was visited by Pfizer’s private investigator, The New York Times published extensive evidence that Pfizer “manipulated the publication of scientific studies to bolster the use of its epilepsy drug Neurontin for other disorders, while suppressing research that did not support those uses.  Pfizer’s tactics included delaying the publication of studies that had found no evidence the drug worked, ‘spinning’ negative data to place it in a more positive light, and bundling negative findings with positive studies to neutralize the results.”

Pfizer’s documents revealed that “one of Pfizer’s own studies showed a placebo was more effective than Neurontin on neuropathic pain.”  The study was suppressed and Pfizer continued to illegally promote Neurontin to treat neuropathic pain.

In response, Pfizer said it was “committed to the communication of medically or scientifically significant results of all studies, regardless of outcome. Company policy requires that study results are reported by Pfizer in an objective, accurate, balanced, and complete manner with a discussion of the strengths and limitations of the study, and are reported regardless of the outcome of the study.”

A recent undercover investigation by Project Veritas revealed Pfizer officials admitting that Pfizer’s history of greed and deceiving the public continues with its COVID-19 vaccine.

Chris Croce, a senior Pfizer scientist stated, “I still feel like I work for an evil corporation because it comes down to profits in the end.  …Basically, our corporation is run on COVID money now.  It netted over $15 billion last year.”

Other Pfizer scientists described that natural immunity is stronger and more robust than immunity gained through Pfizer’s vaccine, but said they are trained by Pfizer that they “cannot talk about this.”  Croce described Pfizer’s culture as one of paranoia, where scientists wonder “who’s listening?” and stated, “You don’t talk about anything that can possibly implicate you or Big Pharma.”

Pfizer continues to be sued for fraud.  In 2021, Pfizer agreed to pay $345 million “to resolve claims by consumers who say they overpaid for EpiPens due to anticompetitive practices by the drugmaker.”  Pfizer said it “denies any wrongdoing and continues to believe that its actions were appropriate.”

In another recent case, the Justice Department announced Pfizer agreed to pay $23.85 Million for paying kickbacks and saddling Medicare with extra costs.  As part of the 2018 settlement, Pfizer signed a corporate integrity agreement which is in effect until 2023.  It’s the fourth corporate integrity agreement Pfizer signed with the federal government in a 16 year period.  The previous ones were in 2002, 2004 and 2009.