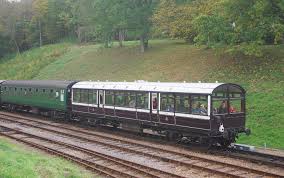 This is a long standing series of small items which have caught my eye or mind and which seem relevant, startling, amusing or all three. Occasionally, items which appear here may return as a longer piece. Mostly they will not. 1. The only thing that will stop the headlong rush to vaccinate the world is the prospect of a number of children dying immediately after being jabbed. What a bloody awful thought.

2. I see that one or two football managers have spoken out in favour of the covid jab. Since they feel qualified to make a judgement about an experimental drug I think I am qualified to make suggestions about football. Why not play eleven goalkeepers? This should stop the other side scoring and ensure that the worst result is a draw. I suspect my advice on football is infinitely superior to the advice on covid given by football club managers.

3. Have you noticed how many of the selfish exhibitionists blocking our roads have beards? Many of the men have them too. Maybe global warming nuttiness encourages facial hair growth. An experiment is required.

4. Boys who have the covid jab are far more likely to die than girls. The obvious need is to study hormone levels of those falling ill. But that’s what would happen if the covid jab experiment were being treated as the experiment it is.

5. We seem to receive as many letters telling us that the new smart meter we don’t want is ready and waiting to be fitted as we receive letters inviting us to pay the TV licence so that the talentless and corrupt at the BBC can continue to enjoy the wealthy lifestyle they don’t deserve. Both sets of letters are a waste of stationery and postage.

6. Half of adults aged up to 34 still live with their parents. That explains a good deal.

7. A professor at Lancaster University says that English grammar should be revised. So, for example, he says that `I were’ should be considered correct, rather than `I was’. I were shocked.

8. I’ve been sued, threatened and had piles of writs so thick that they could only be pushed through a cat flap. I’ve had private detectives hunt me down and writ servers banging on my door. I’ve had papers stolen and I’ve had death threats. I’ve been door stepped by journalists. But I’ve never known the lies, libels and abuse that have become commonplace in the last 18 months.

9. I read that a Professor in Cambridge has suggested dividing life into 30 minute chunks which he calls micro-lives. I gather that the original idea was to use micro-lives to measure the impact of certain health choices (e.g. exercise, cigarette smoking) on life expectation. It’s a good idea but I also think it is a good way to revalue life and to enable us to make the greatest use of whatever time is left to us. We all tend to think that life will go on and on. (Actually, come to think of it, didn’t Henry David Thoreau suggest that we should measure our time in much this sort of way? And decades ago I remember suggesting that we should measure how many hours we had to work in order to buy something.)

10. I accidentally pressed a button on the steering wheel and a voice appeared out of nowhere. Cars really are too damned complicated these days. The steering wheel in our car has 23 switches and buttons and levers. I counted them today. The only one I know is the horn. Today, when I accidentally pressed one of the other buttons by mistake a message came up on the central screen. `Who do you want to speak to?’ Since I did not have a mobile phone with me, and there is not one in the car, I have no idea what this message meant.

11. Reading an old history book I discovered that in August 1892, when preparations were being made for Vienna’s Musical and Theatrical Exhibition, the president of the Exhibition, Princess Pauline von Metternich, had a heavy argument with the president of the Ladies’ Committee, Countess Anastasia Kielmannseg. The pair decided that the only way to resolve the issue was a duel with rapier swords. They appointed a Polish woman, Baroness Lubinska, as the official. She suggested that they fight the duel topless `as a safety precaution’. After three rounds of the duel the princess had received a cut on her nose and the countess was losing blood from a cut on one of her arms. The two female seconds both fainted at the sight of blood and after they had been revived they suggested that the duellists get dressed, embrace, kiss and make friends. This they duly did. The princess was declared the winner since she had lost less blood.

12. We called at a Post Office to renew our passports (we no longer want to travel but we need them these days to prove who we are). The Home Office will send our passports by courier because they don’t trust Royal Mail. They won’t even use special delivery service which requires a signature. (Though they will use that service to return our old and useless passports.) I told the assistant at the Post Office that we would probably not be in when the courier called. `Oh, don’t worry about that,’ she said. `If you’re not in the courier will probably just put the passports through your letter box.’ Let’s hope he or she puts them in the correct letter box.

13. We were woken by the jackdaws and the crows appearing to be having a corvid battle outside our window. We have a parliament of crows in one tree just outside our garden and a `whatever the collective term for jackdaws is’ in another tree which is in our garden. The noise they made was deafening. I drew back the curtain and saw that the raven, which also nests in one of our trees, was strutting about on the lawn and seemed to be the centre of attention. Both jackdaws and crows were dive bombing him. He didn’t seem to be in the slightest bit concerned.

14. We had a plumber call in to do something to an upstairs radiator. Since we had just had new carpets fitted and he was wearing dirty pumps I asked him (politely) if he would mind removing the pumps before he went upstairs. He was most indignant and told me that health and safety rules meant that he couldn’t take his shoes off. They were tennis shoes and he was going upstairs to fiddle with a faulty radiator. The only heavy equipment he was carrying was a small wrench.

15. The boiler service man complained that there are nettles growing around the gas pipe which leads into our meter box. For reasons which I cannot now remember the utility company insisted on putting our gas meter on the outside wall of a garage. He told me that if someone wandered down our lane carrying some sort of metal cutting equipment then he might accidentally cut through the gas pipe because it is hidden by nettles. I stared at him disbelievingly. He handed me a piece of official looking paper containing his requirements that I remove the nettles from the vicinity of the gas pipe. It is, it seems, impossible to have the boiler serviced without being handed a report card by a smug workman.

16. The drug company Johnson&Johnson has been ordered to pay £7 billion to a man in American who grew breasts after taking one of its medicines. It is quite common for this to happen and so there are, not surprisingly, thousands of men lining up to collect their £7 billion. If growing unexpected breasts is worth £7 billion what will drug companies have to pay if their customers suffer serious life changing injury?

18. The confidential medical records of 1.6 million people in Britain were handed over to Google without the knowledge of the individuals concerned. It appears that back in 2015, the Royal Free London NHS Foundation Trust made a deal with Google. I have long argued that confidentiality is no longer respected in medicine. Google (and YouTube) must now be the world’s most evil company. Monsanto and Goldman Sachs are in second and third places.

19. If you are looking for sharp, entertaining and relevant videos look no further than those by my good friend Dr Colin Barron on Brand New Tube. They are the funniest and most apposite videos on the internet and I commend them to you. If you haven’t seen any then you’ve a treat in store.

20. The local council has removed a statue but no one knows why. I heard someone say that the subject of the statue (whose name no one seems to know since the inscription had long since weathered away) had a close friend who parked on a double yellow line in 1642.