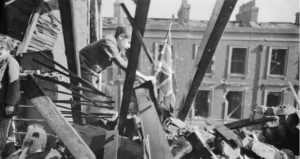 I have previously written about a number of false flag events. Each of these has been staged by a criminal government against the people it purports to serve. False flag events are easily defined and identified. Once you have seen one and understand the characteristics of every such hoax, then they can be spotted a mile off:

Psychological Warfare and The ‘London Attack’ of 3/22

The Manchester Bombing – a collection of anomalies

The UK ‘gov’ has been carrying out these scripted ‘psy-ops’ or false flag operations against the population for some time now, all in readiness, no doubt, for the promulgation of the greatest of all psy-ops, the Great Lurgy Swindle that is Covid1984.  Source

The purpose of such events is defined by the US Department of Defense (which has been exercising psychological warfare since World War I):

Psyops are the use of propaganda and psychological tactics to influence emotions and behaviors.

The DOD’s 2004 and 2010 “Counterinsurgency Operations Reports” explain a psyop thus:

The mission of psychological Operations (psyops) is to influence the behavior of foreign target audiences to support US national objectives.

A psyop accomplishes this by conveying selected information and advising on actions that influence the emotions, motives, objective reasoning, and ultimately the behavior of foreign audiences. Behavioral change is at the root of the psyop mission.”
source: Lew Rockwell

The important thing about these false flags is not to be drawn into the drama and become lost in the phoney narrative. I am positing that the latest false flag that has been carried out by the Deep State Agencies against the British people is the purported stabbing of the career-back-bencher and Knight of the Realm, David Amess.

If one believes the official narrative, he was stabbed to death at Belfairs Methodist Church on 15th October, 2021 by a Somali man (below) who then calmly waited for the security services to come and collect him. How often does a murderer hang around at the scene of his crime?

He isn’t exactly short of financial banking and connections: his address is reported as Kentish Town, North London and his purported father is evidently an influential player in the geopolitical world,

Harbi Ali Kullane, a former adviser to the prime minister of Somalia, confirmed that his British-born son, Ali Harbi Ali, 25, was in custody. Kullane said that anti-terrorist police from Scotland Yard had visited him.

Don’t expect any serious investigation or answers from the corrupt mainstream media.

2. Is it also possible this is a sick-psycho-pisstake?

3. What about the absence at the scene of the usual flashing lights and sirens?

If one watches the Sky aerial footage of the scene (below), there is an almost complete absence of blue lights and sirens from either of the ’emergency’ services engaged at the purported crime scene and location of Amess’ surgery, the Belfairs Methodist Church in Leigh-on-Sea.

3. Belfairs is an interesting name. Is it representative of Baal?

4. And, if so, could this possibly be some kind of ritualistic slaying?

5. Why are 2 ambulances parked outside, whilst Amess was being treated, allegedly for over two and a half hours?

6. Why are the females calmly sitting on the wall (below) after such a horrific event had reportedly taken place?

7. What other events were happening on October 15th that this one distracted from?

The biggest international one was probably the US government’s temporarily avoiding default on its National Debt payments which was kicked down the road when the Senate agreed to lift the debt ceiling but the problem has not gone away, merely been postponed,

Treasury Secretary Janet Yellen had warned that the U.S. would hit its borrowing limit Monday, an unprecedented situation that she and others cautioned could lead to economic catastrophe for a nation still reeling from a global pandemic. Routine government payments to Social Security beneficiaries, disabled veterans and active-duty military personnel would potentially be delayed, and the economic fallout in the U.S. could ripple through global markets.

The passage of the short-term debt ceiling increase ensures that, for now, the U.S. will continue to meet its obligations. But it sets up another potential cliff at the end of the year — at a time when lawmakers will also be working to pass a federal funding bill to avert a government shutdown. Biden signs debt limit hike

8. Why did the mealy-mouthed Michael Grove inappropriately state that,

and, is it not a little strange to refer to a violent stabbing to death as a “passing”?

9. What possible motive could the alleged attacker have for murdering the Knight of the Realm?

As is usually the case in such instances, any motive the alleged perpetrator may have had is glossed over,

“Police and security services believe the motivation may have been to strike down an MP to further the Islamist cause espoused by groups such as al-Qaeda, Islamic State and al-Shabab, which is active in Somalia. Ali himself was born in the UK and it is not thought he had made any recent trips to either Somalia or nearby Kenya, where al-Shabab also has a strong base. Nothing has been flagged on travel databases while travel to east Africa during the Covid pandemic has been difficult and may have raised concerns among authorities.”

Another source said it remained “unclear” why Amess was chosen.”  Telegraph.co.uk

10. Could AHA be a security services asset?

Mr Ali had been reported to Prevent, the Government’s counter-extremism strategy, but remained under the radar and his name was never flagged to MI5. The domestic intelligence agency has a file of 40,000 terror suspects, including 3,000 jihadists being actively investigated at any one time.  Telegraph.co.uk

11. Does this explain why he reportedly hung around at the scene of his crime after he had committed the act?

12. Why do the security services always peddle the ‘Lone Wolf’ narrative?

They believe that Ali acted as a “lone wolf” in what security services describe as a “low-sophistication” plot that requires little planning. Such plots are almost impossible to thwart.” Telegraph.co.uk

It is not difficult to see that many of the traitors masquerading as public servants are increasingly afraid of the public, a public that is awakening in increasing numbers every day and many of those people are going to be as mad as fook when they realise the harm done to them and/or their loved ones by a Medical Junta, also known as the UK Government. Some would reasonably argue this is how it should be:

Little surprise, therefore, that the criminal state will be seeking to use the purported attack as a valid reason for increasing the security levels for the poli-puppets.

On top of which, we see the whoring press-titutes seeking to falsely paint any notion of it being a deep-state psy-op as conspiracy theory as opposed to a conspiracy fact,

Earlier today, anti-vaxxers and COVID conspiracy theorists attempted to paint today’s incident as a false flag  implying that the murder was carried out to harm their community.

Following Amess’ killing, multiple British politicians came forward to talk about their worries and how this has sparked immense fear for them.

Earlier today, Lindsay Hoyle, the speaker of the Commons, said that politicians’ security would be reviewed.

“The Home Secretary has asked all police forces to review security arrangements for MPs with immediate effect and will provide updates in due course,” said a Home Office spokesperson.

Going by the frightened demeanours of the Prime Murderer and Shadow Prime Murderer, the twin cheeks of the same arse, the attack – whatever it was – also serves as a warning to all politicians that they had better follow the diktats of Big Pharma or risk a similar fate. Thus, it benefits those who are seeking further leverage over the treacherous politicians.

It also conveniently provides a veil for the cover-up of MPs’ expenses at a time when many of the people are facing great financial hardship as a consequence of this engineered scamdemic, as this headline from 20th October, 2021 shows,

It also has to be noted that such events are usually a means of dividing the people and thus alleviating any possibility of the Deep State’s greatest fear becoming a reality. After all, regardless of the people’s differences, are we not all being shafted by a tyrannical state that is seeking to cull us?

So ‘Sources’ Say & other hallmarks of a false narrative

As can be seen from any and all of the MSM’s coverage, speculation to feed the narrative, to stoke the fire, always comes in the form of the so-called government, police and security ‘insiders’.

The terror suspect being investigated for the fatal stabbing of Sir David Amess had previously been referred to the Government’s counter-extremism programme.

The 25-year-old, named on Saturday night as Ali Harbi Ali, whom police believe may have been motivated by Islamist extremism, is understood to have been referred to Prevent several years ago – although he was not known to MI5, according to security sources. Telegraph.co.uk

A Tried and Tested Formula for False Flag Script Writers

Any critical thinker who has taken the time to look into the subject of False Flag attacks will recognise almost immediately that the narrative has as many holes in it as a tea-bag. Just like the fake storylines of Covid1984, this is a clear hallmark of a false flag event/ psy-op.

By way of illustration, let’s take another possible narrative, one contrary to that being peddled by the usual suspects:

MI5 Asset, Aha, was recruited via the vetting programme known as ‘Prevent’ which identified him as someone suitable for mind manipulation due to his susceptibility to outside influences. A gullibility that was noted throughout his schooling in British schools. He was eventually chosen and instructed via his handler to take part in a simulation exercise in which he believed he was a crisis actor.

The purpose of such recruitment?

Patsies like this are ten-a-penny: they are identified and chosen for their gullibility. Thus, he is psychologically profiled from an early age and, if he shows himself capable of taking instructions without ever questioning them, he is groomed by a handler, who may or may not work for MI5, to become a patsy.

Like those before him, he is led to believe that he has been recruited for a simulation exercise or some kind of drill. Thus, he is instructed that all he has to do is turn up at the location and pretend he is an undercover Islamic terrorist.

On top of which, it is alleged a man, who was dying after being stabbed multiple times, in a Catholic Church, was denied a priest reading him his last rites on the premises because the Essex police wanted to ‘preserve the crime scene’.

Far be it from me to speculate, but could it be because there was no death and that what was going on there was only to be seen or partaken in by those privy to what may have been a staged event? After all, the whirled is in full on theatre mode right now.

A theatre of the macabre whose curtains I will be pulling further apart in my next article.