Some two decades ago Europe began a major shift to mis-named renewables or Green Energy, mainly solar and wind. Germany, the heart of EU industry, led the transformation with former chancellor Merkel’s ill-conceived Energiewende, where Germany’s last nuclear power plants will close in 2022 and coal plants are rapidly being phased out. This all has now collided with the reality that Green Energy is not at all able to deal with major supply shortages. The crisis was entirely predictable.

With the widespread covid lockdowns of industry and travel in 2020 EU natural gas consumption fell dramatically. The largest EU gas supplier, Gazprom of Russia, in interest of an orderly long-term market, duly reduced its deliveries to the EU market even at a loss. An unusually mild 2019-2020 winter allowed EU gas storage to reach maximum. A long, severe winter all but erased that in 2021.

Contrary to EU politicians’ claims, Gazprom has not played politics with the EU to force approval of its new NordStream 2 gas pipeline to Germany. As EU demand resumed in the first six months of 2021, Gazprom rushed to meet it and even exceed record 2019 levels, and even at the expense of replenishing Russian gas storage for the coming winter.

With the EU now firmly committed to a Green Energy agenda, Fit for 55, and explicitly rejecting natural gas as a long-term option, while at the same time killing coal and nuclear, the incompetence of the think-tank climate models that justified a 100% CO2-free, electric society by 2050 has come home to roost.

Because financial investors on Wall Street and London saw the benefit of huge profits from the Green energy agenda, working with the Davos World Economic Forum to promote the laughable ESG investing model, conventional oil, gas and coal companies are not investing profits in expanded production. In 2020 worldwide spending on oil, gas, coal dropped by an estimated $1 trillion. That is not coming back. 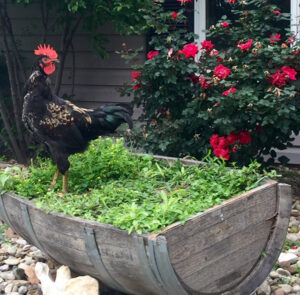 With BlackRock and other investors all but boycotting ExxonMobil and other energy companies in favor of “sustainable” energy, the prospects of one exceptionally cold and long winter in Europe and a record lack of wind in northern Germany, triggered a panic buying of gas on world LNG Markets in early September.

The problem was the restocking was too late, as most available LNG from the USA, Qatar and other sources that normally would be available had already been sold to China where an equally confused energy policy, including a political ban on Australian coal, has led to plant closings and a recent government order to secure gas and coal “at any cost.” Qatar, US LNG exporters and others have flocked to Asia leaving the EU in the cold, literally.

What few understand is how today’s Green energy markets are rigged to benefit speculators like hedge funds or investors like BlackRock or Deutsche Bank and penalize energy consumers. The headline prices for natural gas traded in Europe, the Dutch TTF futures contract, is sold by the London-based ICE Exchange. It speculates on what future wholesale natural gas prices in the EU will be in one, two or three months hence. The ICE is backed by Goldman Sachs, Morgan Stanley, Deutsche Bank and Société Générale among others. The market is in what are called gas futures contracts or derivatives.

The European Energy Crisis Is About to Go Global

Banks or others can speculate for pennies on the dollar, and when news broke on how low EU gas storage for the coming winter were, financial sharks went on a feeding frenzy. By early October futures prices for Dutch TTF gas had exploded by an unprecedented 300% in only days. Since February it is far worse, as a standard LNG cargo of 3.4 trillion BTU (British Thermal Units) now costs $100-120 million, while at the end of February its cost was less than $20 million. That’s a 500-600% rise in seven months.

The underlying problem is that, unlike the case for most of the postwar period, since the political promotion of unreliable and high-cost solar and wind “renewables” in the EU and elsewhere (e.g. Texas, February 2021) electric utility markets and their prices have been deliberately deregulated to promote Green alternatives and force out gas and coal on the dubious argument that their CO2 emissions endanger the future of humankind if not reduced to zero by 2050.

The prices borne by the end consumer are set by the energy suppliers who integrate the different costs under competitive conditions. The diabolical way EU electricity costs are computed, allegedly to encourage inefficient solar and wind and discourage conventional sources, is that, as French energy analyst Antonio Haya put it, “the most expensive plant of those needed to cover demand (marginal plant) sets the price for each hour of production for all the production matched in the auction.” So today’s natural gas price sets the price for essentially zero cost hydro-electric electricity. Given the soaring price for natural gas, that is defining EU electricity costs. It’s a diabolical pricing architecture that benefits speculators and destroys consumers, including households and industry.

A fundamental aggravating cause for the recent shortages of abundant coal, gas and oil is the decision by BlackRock and other global money trusts to force investment away from oil, gas or coal—all perfectly safe and necessary energy sources—to buildup of grossly inefficient and unreliable solar or wind. They call it ESG investing. It is the latest rage on Wall Street and other world financial markets ever since BlackRock CEO Larry Fink joined the Board of the Klaus Schwab World Economic Forum in 2019. They set up front ESG certifying companies that award ESG “politically correct” ratings on stock companies, and punishing those who do not comply. The rush into ESG investing has made billions for Wall Street and friends. It has also put the brakes on future development of oil, coal or natural gas for most of the world.

Now after 20 years of foolish investment into solar and wind, Germany, the once-flagship of EU industry, is a victim of what we can call the German Disease. Like the economic Dutch Disease, the forced investment into Green Energy has resulted in the lack of reliable affordable energy. All for an unproven 1.5C claim of IPCC that is supposed to end our civilization by 2050 if we fail to reach Zero Carbon.

To advance that EU Green Energy agenda, country after country with a few exceptions have begun dismantling oil, gas and coal and even nuclear. Germany’s last remaining nuclear plants will permanently close next year. New coal plants, with latest state-of-art scrubbers, are being scrapped even before being started.

The German case gets even more absurd.

In 2011 the Merkel government took an energy model developed by Martin Faulstich and the state Advisory Council on the Environment (SRU) which claimed that Germany could attain 100% renewable electricity generation by 2050. They argued that using nuclear longer would not be necessary, nor the construction of coal-fired plants with carbon capture and storage (CCS). With that, Merkel’s catastrophic Energiewende was born. The study argued, it would work because Germany could contract to buy surplus, CO2-free, hydro-electric power from Norway and Sweden.

Now with extreme drought and a hot summer, the hydropower reserves of Sweden and Norway are dangerously low coming into winter, only 52% of capacity. That means the electric power cables to Denmark, Germany and now UK are in danger. And to make it worse, Sweden is split on shutting its own nuclear plants which give it 40% of electricity. And France is debating cutting as much as one-third of its clear nuclear plants meaning that source for Germany will also not be sure.

Already on January 1, 2021 because of a German government mandated coal phase-out, 11 coal-fired power plants with a total capacity of 4.7 GW were shut down. It lasted only 8 days when several of the coal plants had to be reconnected to the grid due to a prolonged low-wind period. In 2022 the last German nuclear plant will shut and more coal plants will permanently close, all for the green nirvana. In 2002 German nuclear power was source for 31% of power, carbon-free electric power.

As for wind power making up the deficit in Germany, in 2022 some 6000 wind turbines with an installed capacity of 16 GW will be dismantled due to the expiration of feed-in subsidies for older turbines. The rate of new wind farm approvals is being blocked by growing citizen rebellion and legal challenges to the noise pollution and other factors. An avoidable catastrophe is in the making.

The response from the EU Commission in Brussels, rather than admit the glaring flaws in their Green Energy agenda, has been to double down on it as if the problem were natural gas and coal. EU Climate Czar Frans Timmermans absurdly declared, “Had we had the green deal five years earlier, we would not be in this position because then we would have less dependency on fossil fuels and natural gas.”

If the EU continues with that suicidal agenda, it will find itself in a deindustrialized wasteland in a few short years. The problem is not gas, coal or nuclear. It is the inefficient Green Energy from solar and wind that will never be able to offer stable, reliable power.

The Green Energy Agenda of the EU, US and other governments along with the Davos-promoted ESG investing will only guarantee that as we go forward there will be even less gas or coal or nuclear to fall back on when the wind stops, there is a drought in hydroelectric dams or lack of sunshine.

It doesn’t take a rocket scientist to realize this is a road to economic destruction. But that’s in fact the goal of the UN 2030 “sustainable” energy or the Davos Great Reset: population reduction on a massive scale. We humans are the frogs being slowly boiled. And now the Powers That Be are really turning the heat up.

F. William Engdahl is strategic risk consultant and lecturer, he holds a degree in politics from Princeton University and is a best-selling author on oil and geopolitics, exclusively for the online magazine “New Eastern Outlook” where this article was originally published.

He is a Research Associate of the Centre for Research on Globalization.

One Response to “Green chickens come home to roost”