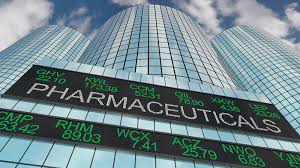 I cannot get out of my mind the feeling that the dishonesty and ruthlessness of the pharmaceutical industry would be of no account were the medical profession not ready and willing to be corrupted. You don’t have to look far to see just how the profession has been corrupted by drug company money. Drug company riches and influence are everywhere. Doctors receive free journals paid for by drug companies. Doctors are taken out to lunch and dinner by drug companies. Medical meetings are sponsored by drug companies (and described as post graduate education). Doctors are paid huge fees to perform small ‘research’ tasks which could more fairly be described as ‘marketing’. And doctors conducting research projects are given grants by drug companies. Very little medical research takes place that is not funded by drug companies. It is for this reason that most of the research conducted promotes products – rather than questioning their value. My first book, in 1975, was called The Medicine Men and it detailed and criticised the close relationship of the medical profession with the pharmaceutical industry. That book set the tone for what might be called my career.

Not long ago an eminent American doctor, Dr Dean Ornish, devised a safe, effective treatment programme for heart disease that depended upon diet, exercise and relaxation. However, Dr Ornish was denied funds by the American government and the American Heart Association. Dr Ornish was quoted as having been told that drugs are essential in the treatment of heart disease because it is impossible to persuade people to change their drug taking habits.

I sometimes feel that the medical establishment is single-minded in its devotion to opposing real progress, suppressing original thought and keeping the drug industry rich and happy.

Most medical journals exist mainly as marketing tools for the pharmaceutical industry. Most of the papers which are published are written by doctors who have at some stage in their careers received money or goods from drug companies. Some of the papers published in reputable sounding journals are published only because a drug company with a product to sell has paid the journal to publish a particular paper because it helps to promote a new product. It has been well established that drug companies will, when it is commercially appropriate, suppress the publication of scientific papers which are considered commercially harmful.

Even the most reputable journals are not beyond criticism.

Medical journals, even the most respectable ones, charge a good deal of money for advertising. A decent circulation for a medical magazine would be 30,000 copies and yet despite this relatively modest circulation, a full page advert in would cost over £10,000.

Now compare that advertising rate with a magazine that, it is fair to assume, does not take a good deal of drug company advertising. An ordinary bookstall magazine with a circulation of 30,000 would charge under £1,000 for a full page advertisement.

And who buys the advertising in the medical journal?

Well, if you guessed that most of it was paid for by drug companies then you probably would not be far off the mark.

Am I being unfair in fearing that there could be a conflict of interest here?

I don’t think so.

There are thousands of medical journals and magazines in existence around the world and many of them are hugely profitable.

Drug companies use their advertising in medical journals to promote drugs directly to doctors and the journals make a large profit.

It’s another area of medicine that seems to me to be rather grubby, to say the least. It’s another way in which the drug industry controls the medical profession’s prescribing habits. And it’s one of the reasons why doctors overprescribe and often prescribe the wrong drugs for too long.

Vernon Coleman’s international bestselling book `How to stop your doctor killing you’ is available as a paperback and an eBook.