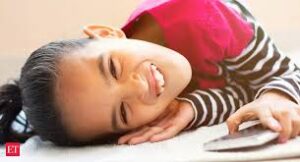 I believe, and have believed for many years, that autism is caused by vaccination.

The word autism is used, like the word cancer, as an umbrella term for a range of different problems.

Patients with autism are said to have development disorders which affect their ability to interact socially and to communicate with other people though this is a fairly recent interpretation and the word is used as a catch-all for a whole range of problems. (In one medical dictionary on my shelf, autism is defined as ‘morbid self-absorption’.)

These days, I suspect that the word is used more as a dustbin word rather than an umbrella word. It helps the profession appear to know what is the matter when they don’t and, at the same time, it enables them to avoid taking any responsibility for what has happened. The word is used to describe almost any symptoms which doctors cannot explain.

Autism can be anything from a mild behavioural problem to severe brain damage. Social workers and others play the game because it enables them to build well-funded empires around the ‘care’ of autistic patients. For governments it is, of course, a lot cheaper to provide ‘care’ for autistic patients than to acknowledge that these children have been made ill by official vaccination policies and should have been provided with vast amounts of compensation.

I believe that the epidemiological evidence supports the idea of there being a link between vaccines and autism.

The number of children being diagnosed as suffering from autism has rocketed as the number of children being vaccinated has rocketed. Once rare (as recently as the 1990s it was generally accepted that autism affected no more than 4 or 5 people in every 10,000) but it is now officially accepted that it affects far more than this – and is constantly rising.

Indeed, figures in other countries show that the incidence of autism is rising in all developed countries, and how anyone can deny the possibility of a link between vaccination and autism is quite beyond me. The epidemiological evidence is overwhelming. If vaccines are known to cause brain damage isn’t it logical to assume that they can also cause the disease which is known as autism but which would in many cases, I believe, be more properly and honestly known as brain damage?

I have been suggesting that there is a link between ‘autism’ and vaccination for decades and no one has yet discredited my theories.

Doctors and drug companies and politicians much prefer to talk about autism rather than brain damage because the former suggests a natural disease while the latter suggests that there may be an external cause. I’m afraid that innocent and desperate parents collude with this nonsense because they prefer to describe their children as autistic rather than as brain damaged.

On the other hand there is no convincing scientific evidence disproving a link between vaccination and autism.

When a research project was set up to investigate the link, drug companies applied to a London court for an injunction to stop the research. Now why would they do that?

The fact is that it isn’t up to me to prove that vaccines cause autism.

Given the overwhelmingly convincing epidemiological evidence it is up to drug companies and governments to prove that vaccines don’t cause autism.

Vernon Coleman’s bestselling book on vaccines and vaccination is entitled `Anyone who tells you vaccines are safe and effective is lying: here’s the proof’. It is available as a paperback and an eBook.

One Response to “Autism and Vaccination”