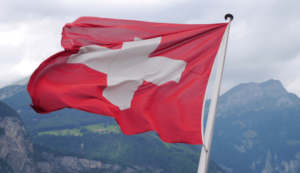 Are we about to witness a false flag event being staged in Switzerland?

Unsurprisingly, the playbook of the would-be controllers is well-thumbed and getting rather tatty, such is it unremitting usage.

I have previously written about False Flags being used by government agencies as part of a Hegelian dialectic. It is a technique for steering the minds of the people into accepting increasing levels of oppressive control. Crisis-Reaction-Solution.

Given the Convid Scamdemic is one of the most monumental false flags ever perpetrated against the peoples of this realm, then it stands to reason that, in order to maintain the fraud, further phoney narratives need to be engineered.

Thus, we should not be surprised to hear of a possible false flag being waved in Switzerland:

“Attacks on such targets would both hit large crowds and generate intensive media coverage,” the agency’s spokesman Isabelle Graber said in a written response to questions from NZZ.”

Note how the narrative claims, the ‘intelligence service’ is warning of potential terrorist atttacks’ on the various infrastructures of the Big Pharma industry that is pushing out the poisonous vials of death.

Then see the blatant contradiction in its fake assertions:

The agency is concerned about attacks from militant groups, the newspaper reported. So far, there are no tangible indications of planned attacks, according to the agency.”

What the fook? The FIS is, on the one hand, issuing a warning of terrorist attacks on the Mag-Jab facilities but openly states it has no evidence of any such attacks?

And, who exactly are these terrorists who have infiltrated the military systems behind the distribution of the mag-jab? –

Switzerland’s vaccine deliveries are coordinated and conducted by the Swiss army. Doses are stored in secret locations.

A spokesman for Lonza Group, a manufacturer of Moderna’s vaccine, told the newspaper the company would not comment “on such sensitive topics”.

Switzerland has suffered a significant increase in Covid-19 cases and hospitalisations in recent weeks.

The Alpine nation has distributed 9.51 million vaccine doses, enough to cover 55.6 per cent of the population. That is one of the lowest vaccine rates among major economies in Europe.

An increase in Convid cases? And exactly how is that measured? By using the PCR ‘test’ that cannot be used to detect a virus which has never been proven to exist? Note too, the claim that at a reported 55% uptake, the Swiss are not too keen on the mag-jab.

Thus, it gets ever clearer: a phoney narrative involving crisis actors and deep state poli-puppets is set into play and a false flag gets waved.

Those who cannot think critically become scared and the government offers more draconian diktats as a solution to the ‘danger’, in the pretence that it actually has the people’s interests at heart.

Fear is the mind killer and it has been injected into the populaces’ brains by the discredited and wholly-controlled, mainstream media.

However, truth exposes the lie in the same way a clumsy conjuror might unwittingly reveal his trickery. The rabbit pops out of his hat too soon. The trick is exposed and thus has no effect.

False flags are of the same stuff.

When False Flags Flutter in the Alps?

3 Responses to “When False Flags Flutter in the Alps?”