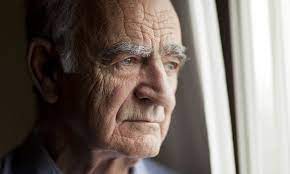 It is now quite clear that the Boris Johnson’s totalitarian government blames the elderly for the economic mess Britain is in as a result of the covid fraud.

And so Johnson is going to punish pensioners in two ways.

First, he is abandoning the guaranteed, promised pension annual rise. It was an election pledge which helped win the Tories the last election. But, as we know, a promise means nothing to politicians.

Johnson says it is for one year only.

But when did you ever come across a government which gets rid of something it brought in `as a temporary measure’?

Second, a million pensioners in the UK will have to pay national insurance on their earnings – for the first time in history.

This is the first time in history old age pensioners have been targeted so cruelly.

Why are the elderly being hit so hard?

Well, obviously the Tories hate old people, and are pissed off that some of them survived last year’s genocidal attack on the elderly. And, of course, one of the aims of last year’s genocidal attack was to reduce the Government’s pension responsibilities. Remember, on March the 18th 2020, I predicted that one of the reasons for what I then called the coronavirus hoax was to get rid of the elderly. The same thing is of course happening around the world. Politicians and Great Reset enthusiasts want to eradicate the elderly (except themselves of course)

The plan, presumably, is that impoverished pensioners won’t be able to buy food (prices are rising at well above inflation) or gas or electricity to heat their homes (energy prices are soaring to unimaginable levels this autumn to keep the greens and the pseudo-environmentalists happy).

Isn’t it wonderful to live in a country where you feel wanted?

Incidentally, the old age pension which the UK pays is the lowest in the developed world. British governments have really, really hated old people for decades.