The UK, too, has made itself far too dependent on energy imports. I have been warning government for years that we need to do more to generate additional power and extract more primary energy at home, endowed as we are with liberal reserves of oil, gas and coal and with access to water power and biomass.

The Business Secretary could do more than pose as concerned at his meeting if he puts in train work to find longer-term solutions to our chronic dependence on unreliable overseas sources of energy.

GAS STORE CLOSED DOWN.  WHY?

He could ask why the Rough Field gas store was closed down, greatly reducing our stocks of gas which we now need. He should bring in more gas storage. He could review North Sea oil and gas policy, and see how the industry can be encouraged to tap more reserves from our own fields. He should keep the remaining coal power stations available with secure coal supplies for them, until there is sufficient greener power available to replace them on a reliable basis. 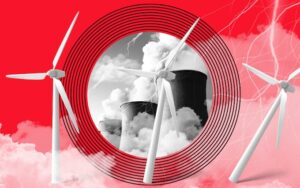 He should know that, at exactly the same time as we hit a world gas shortage, the UK electricity supply is under extreme stress. The remaining three coal power stations have been fired up, because there has been a marked shortage of wind for some weeks.

In recent years I have been wearing my keyboard out raising with Ministers and the wider public the issue of our need for more reliable electrical power to keep the lights on. The overriding preference for wind power was bound to leave us vulnerable to periods of calm weather.

If these coincide with cold winter days, the consequences could be disastrous. A modern sophisticated economy needs electrical power for most things. How would food factories keep working, vulnerable people stay warm at home, hospitals look after patients without sufficient power? It is particularly worrying that the current shortage takes place against a background of limited demand thanks to mild weather. The cool summer in the south did not help, as heating thermostats were triggering as late as May and even in August, needing more gas-fired power even then.

The UK’s passion for imported electricity has further weakened our position. The French interconnector in Kent was badly burned this week, taking out a potential imported supply of top up power which we rely too much on. We may discover soon that, if the shortages worsen, overseas suppliers will see exporting to us as an easy cut to make to husband their own limited supplies for domestic use.

When electricity was first privatised, we made security of supply the prime issue in the new system. There was a substantial margin of extra domestic capacity available to bring on stream if one or more of the baseload generating plants had problems. We did not need imports.  We made price the second important issue, with a system which always ensured the next cheapest power was brought on stream as demand picked up. In the early years of privatisation we both had plenty of capacity at home, and experienced falling prices. The dash for gas, with many new combined cycle gas plants going in, took feedstock from a healthy UK North Sea and replaced some older less fuel efficient and dirtier coal capacity, so the policy was also green.

Today, the Business Secretary needs to review the complex mesh of subsidies, regulations, penalty taxes and import arrangements that passes for an energy policy. It is delivering a shortage of power. It is holding up a good industrial strategy, as industrial expansion needs access to plenty of reliable competitively priced energy. It is now threatening consumers with much higher electricity and gas prices.

He should order changes that will open up more UK primary energy for us to use. He should want an electricity system that has more reliable renewable power which may take the form of hydro, pump storage and battery, but which also has enough back up capacity from biomass or gas, so we can be sure to keep the factories powered up.

In the meantime, we rely on the goodwill of the gas and electricity exporters and will have to pay up to secure supplies. It is the perfect storm, with both gas and electricity scarce. At home, an absence of wind leaves us short, and abroad Hurricane Ida closed down some important US gas capacity. Relying on the wind is a dangerous way of living.

4 Responses to “The UK electricity supply is under extreme stress”