We have already set out the importance of getting away from big cities, which are nightmares waiting to happen and not just on account of their general lawlessness.  They are also dens of iniquity, whose temptations are as dangerous to the soul as the violent tendencies of many of their inhabitants are to the body.

Cities will also become increasingly risky places to live on account of their complexity, distance from the natural world and population density.  Such factors make them especially vulnerable to the disruptions and supply breakdowns which will increasingly result from the Great Reset’s climte change decarbonisation measures and quasi=Marxist de-development programmes.

As is often the case, one example suffices.  A cold snap in February 2021 led to the entirely normal phenomenon of heavy snowfall being followed by days of routine cold, crisp and still weather all over Germany.  This is one of the most advanced societies in all of human history, yet the completely predictable event produced a serious power crisis which brought the entire country to the brink of disaster.

The problem was that the Germans had spent the previous few years applying their renowned Teutonic efficiency to the application of very expensive green technology solutions to comply with the globalist fixation with alleged man-made climate change.

The industrial superpower spent a fortune installing millions of solar panels and more than 30,000 huge wind turbines, in order to switch over to ‘green,

electricity.  Having created this massive alternative power network, Germany’s liberal elite then ordered the decommissioning of all seventeen of its nuclear plants by the end of 2022. 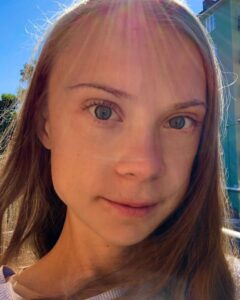 Wi the destruction of their nuclear capacity proceeding apace, the German government and regional leaders then agreed on a plan to close down coal mines and phase out coal-fired power stations by 2038.  That will cut another 43% off Germany’s electricity generation capacity.

Fortunately for the German people and economy, the majority of these power generators were still operating when the February 2021 cold snap hit – and reduced the output of the country’s green energy sources to between three per cent and zero of the required output.

Snow covered millions of solar panels, so that they were useless even when the sun came out for a few hours of short winter daylight.  Crisp, still days and foggy nights saw winds drop away, so the wind turbines stopped turning….

The episode confirmed that the hysterical response to dishonest propaganda about drowning polar bears and starving walruses already puts German pensioners and children in danger of freezing to death in a cold winter….This is not just a problem for the Germans.

From the chapter, What is to be done? In Deus Vult, The Great Reset Resistance.  Sold for £25 by the English Democrats.  Published by Knights Templar Order.

7 Responses to “Surviving the coming winter”