There has been no approval of any Moderna, AstraZeneca, or Johnson&Johnson “vaccines”. The news reports say the vaccine has been approved, but the FDA announcement applies only to Pfizer. But even regarding Pfizer, this is basically the old bait and switch, since Pfizer has created a new legal entity called COMIRNATY to replace its BIONTECH vaccine. We are told they are the same, but if so why rename it? That should be a huge red flag: seeing a renaming at the same time as an alleged FDA approval. Why wouldn’t the FDA just approve the existing BIONTECH vaccine? Plus, do we have any proof they are the same? No. Pfizer admits they are separate entities in the new filings, and that is obvious regardless. In any legal document, a name switch implies a legal change. Any name change in a legal document implies either a real change, or some sort of switcheroo. Any honest judge would spot this in a second. But for now that hardly matters, because they admit COMIRNATY is still in production, and that most or all the existing Pfizer vaccine is BIONTECH. So they have approved a vaccine that does not exist. Which means all the actual vaccine in existing vials now being pushed on the military and government employees and college students IS NOT APPROVED. It is still emergency-use vaccine, which cannot be mandated. Therefore, it still can be legally refused. Any court martial will fail. I predict they never will produce any COMIRNATY, or if they do it will never hit the shelves. Why? Because they prefer emergency-use vaccines, for which they have zero liability.

You should also know that they are refusing to release any of the data they used to come to this final approval decision until 2025, which is also illegal. It should be public access. But of course they can’t release it, since it doesn’t exist. The trials are still in stage 2, and they have been frauds from the beginning, being rushed and following no real scientific procedures. This new mRNA technology has been in trials for almost two decades, failing every time and failing badly in stage 3. So what did they do this time? They just skipped stage 3 altogether and claimed an FDA approval based on partial stage 2 results. Besides, FDA is relying on data and trials provided to them by the vaccine companies themselves, which is like hiring a murderer to prosecute and cross examine himself. Even before 2020, Pfizer was known as one of the most criminal companies in the world, being given the greatest fine in the history of the world in 2009 of 2.3 billion. This after a 2004 fine of $230 million, one of the largest ever at the time. And remember that Johnson&Johnson paid a 2.2 billion fine in 2013 for false drug claims. And in 2010 AstraZeneca paid $520 million under the same false drug claims act. Which just means this whole approval thing is another bluff.

The entire COVID fiasco has been a bluff from the first word, since none of the mandates have had any legal standing. Before this, there was no such thing as a “mandate”. They just made the word up, as far as legal application of this sort is concerned. Governors, mayors, health departments, and school boards have no legal authority to pass mask, vaccine, or other laws, since they are not legislative bodies. And there are either laws or there are not. There is no such thing as a legal mandate. “Mandate” is not a legal term, and none of these mandates have ever had any legal standing. Some of them had potential limited legal force in the first month, back in March of 2020, but after that they were all null and void. The legislatures were expected to step in and pass laws to address these issues, but they never did. Courts, including national Supreme Courts, have already ruled on this many times, confirming what I just said. Most recently, the Supreme Court of Spain ruled that COVID passports applied to public access are illegal. All the mandates over there concerning vaccines for entry to buildings and transport have been struck down. The same is true in many other countries. Many US state Supreme Courts have also struck down mask and/or vaccine mandates, and will continue to do so.

The timing of this latest bluff is no accident, since it is when many people are returning to work and school. It is when the military decided to mandate the vaccine. So they figure if they can place you under enough duress, you will cave. There are time constraints here, which they hope will break you. You think you have to get back to school or whatever. Don’t fall for it. Do not fall to peer pressure or these huge lies. You will regret it later, and may pay with your life. You should also know that they continue to misreport deaths from the vaccine, which are huge and climbing by the day. In their own documents, they list anyone who died within two weeks of being vaccinated as unvaccinated. They say this is because the vaccine hasn’t kicked in yet, but even if that is true, it would only be as a matter of immunity. What about as a matter of blood clotting or heart damage? Are they saying the vaccine can’t kill you in the first two weeks? Apparently it can, since over 20,000 people in the US have reported that IT DID. Some outlets are reporting the current VAERS number as 12,000, but it was already past 12,000 a month ago. In mid-July they were reporting about 2,000 deaths per week. Which means it has to be over 20,000 by now. Why don’t we know for sure? Because someone apparently dumped about 6,000 deaths from the website at that time, though we aren’t sure why. We can imagine why. Death counts are high all over the world, with Europe reporting tens of thousands of deaths. So is South America.

In Asia, the numbers are impossible to collate, since most vaccine deaths are being reported as COVID deaths. Since doctors all over the world have been ordered to DO NO AUTOPSIES, it is impossible in most cases to determine whether the death was from the flu or from the vaccine. But in cases where autopsies have been done anyway, we know these bodies are full of spike proteins and blood clots. So any rational person would assume the death count across highly populated Asia must be in the hundreds of thousands, if not millions. This was proved again this week, as Japan has recalled 1.63 million doses of Moderna and started an investigation into “foreign content.” They are now saying that content may be metallic, confirming internet scuttlebutt that the vaccines are magnetic. Therefore, if you are military, a student, a government worker, a hospital worker, or anyone else being pressured to take any vaccine, just say no. Stand your ground. Call their bluff. Most of those who have called these bluffs in the past 18 months have won. The Governor of Florida, Ron de Santis, pardoned everyone in the state who called the bluff on the mask mandates, though they had to wait a few months. This will eventually blow over, since it cannot stand. So it will be worth it to you to stand your ground. Someday you will be happy you took your kids out of school or got fired or whatever. Those who decided to cave and get vaccinated will not be so happy, I assure you. 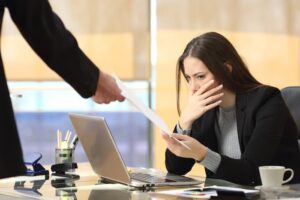