Every day now, you hear of someone who’s been vaccinated, who is very ill, or dying – I don’t mean just in the news.  I mean from among those you know in your own neighbourhood, your own social circle, your own family or workplace.  In the media another footballer.  A cameraman.    Sometimes a teacher or a friend’s relative.  In fact sometimes every few hours you hear of another case of ‘she’s in hospital’ with either blood clots, or a heart condition or cancer, or sometimes a multiple of conditions.  One nurse told the relatives that blood clots are causing massive numbers of people to become ill, and it’s from the vaccine.

In the hospitals they know.  At the undertakers they know.  Many bereaved families know in their hearts what caused the death, but prefer not to talk about it.  Many are not aware, and still believe the output of the media.  When their son or daughter gets vaccinated and becomes ill, they rush to get their next vaccine too, thinking it’s an illness that has to be defeated by yet more medical intervention.  Their minds can’t get to the point of realising they’ve been hoaxed from the very start.

Gates always said he would cut the world’s population using vaccines, yet it seemed impossible ten years ago when he said it, to imagine circumstances where he might succeed.  Not any more.  People you talk to simply can’t believe that the medical world, the good old NHS (keep clapping), and the pharmaceutical companies are the biggest agencies of death in human history.  They still believe in a medical Santa Claus who’s racking his brain how to help them live as long as possible.  Nothing could be further from the truth.  The world ‘health’ agencies have been trying to cut population for decades, through vaccination, medication, unchecked pollution of air and water, through toxic sprays used in agriculture, through a massive increase of electro-magnetic frequencies (phones, masts, wi-fi) and through failing to prevent major illnesses and organ failure.  The campaign has now geared up from passive negligence to active and deliberate needling of people to death in vast numbers.

Yet you see people whose relatives have died or been very ill, heading to be vaccinated, and re-vaccinated, pushing their children to be vaccinated.  One day the penny will drop.  For millions that day will be too late.  Many are addicted to the news feed which offers hopium of survival and protection from the growing monster which is circling the wagons.  They simply can’t imagine that the rectangular shaped box of beautiful sound and colours on their own living room wall, is part of the system of culling, filling their heads with wrong notions.  So too their sleek mobile phones.  All these are keeping the sheeple rushing to the needle of death hoping for salvation.  Yet that very needle is what’s killing them and making them so ill.  There are dozens of channels telling people what is really going on, but the minds are closed and blocked.  maybe one mind will read this and start searching the channels which can save them.  I hope so. 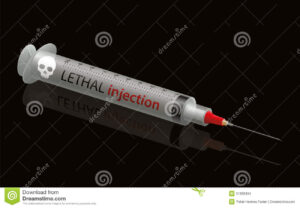 Echoes of the smallpox era

Woman with rare CIRS condition – she can sense the vaxxed and they are making her sick!

4 Responses to “Rushing for the needle of death”