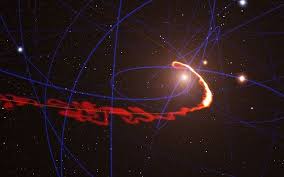 1. It is now abundantly clear that heading a football causes dementia. It would make sense for the rules to be changed so that heading the ball becomes a sporting offence (as is using a hand to control the ball). And it is utter madness to allow young players to emulate their heroes by heading the ball.

2. Blind, unquestioning obedience to those in power is the worst sin of modern man. The obedience of the masses will lead to our destruction.

3. They’re talking again about putting vaccines into tomatoes and potatoes – which I wrote about 10 years ago in my book on vaccines.

4. A source at the BBC tells me that they broadcast an accurate fact in 1963 but no one can remember what it was.

5. You can tell it’s the truth if Facebook blocks it, twitter deletes it, Google hides it, YouTube bans it, the media censors it and the Government forbids it.

6. Drug company hackers and the British and American governments tried to take down vernoncoleman.org over 2,000 times last month. Nice to be popular.

7. I think it is fair to say that during the Second World War the French were not terribly sympathetic to citizens who collaborated with the Germans. We should now stop being friendly with those collaborating with governments and the mainstream media.

8. It is, I think, time to think of those who accept the experimental jab so that they can go on holiday, attend a sporting match, enjoy a concert or go into a restaurant as collaborators. They are betraying us and themselves and we should let them know that we regard them as traitors. They have sold their souls for a very small price.

9. I’m shocked and disgusted by those French citizens who’ve bared their arms so that they can still pop into their favourite café to take an Americano, a Pernod or a glass of the house red.

10. Cyclists are persuaded to wear helmets (if they are professional they are forced to wear them) although there doesn’t seem to be any actual hard evidence that wearing helmets helps cyclists avoid serious injury. There are signs that governments will soon make it compulsory for all cyclists to wear helmets — whether they want to or not. Research to prove that helmets did help would be easy enough to conduct (just find 1,000 cyclists who wear helmets and 1,000 who don’t, making sure that they cycle in comparable circumstances, and at the end of a year find out how many in each group have had serious head injuries). It is possible to argue that wearing helmets makes cycling more not less dangerous because they affect the weight of the head (and may, therefore, make an accident more likely or make a head injury more likely if you fall off). This is the sort of research governments should do. No helmet manufacturer would do it (why should they?). But it is the sort of useful, practical, potentially life-saving research which is never, ever done. Instead a commercially useful myth becomes reality.

11. I wonder if anyone has done any research to see if the cameras cyclists carry on their helmets are safe. The cameras are situated very close to the brain (if there is one present).

12. Two thousand years ago, the Chinese made ornaments out of aluminium. But getting aluminium out of bauxite is a complex procedure involving chemical and electrical knowledge. Sixteen hundred years ago they had a dry battery which generated electricity. Jewellery was found in tombs in the Middle East which was made of smelted platinum. In order to smelt platinum you need to make a fire which reaches eighteen hundred degrees centigrade.

13. For years the public baths at Alexandria were heated by burning old scrolls and documents from the Great Library. What secrets did we lose?

14. One of the most absurd of the new and most fashionable diseases is ‘chronic obstructive pulmonary disease’. According to drug company sponsored experts, COPD now affects three million people in the UK alone (with two thirds of them still undiagnosed, untreated and, therefore, a huge reservoir of potential profit).COPD didn’t exist at all in Britain a few years ago, and the drug companies and experts who imported this new disease from the USA (where it has become enormously successful and has for some years been one of the biggest profit spinners for the pharmaceutical industry) claim that it usually affects smokers over the age of 35 and it often involves a cough and daytime breathlessness. Curiously enough those are the very same symptoms which used to be ascribed to a disease known as emphysema. Emphysema was never very profitable because doctors recognised that there wasn’t a great deal they could do for it. Saying that someone is breathless because they smoke isn’t much of a disease and there isn’t, therefore, much chance to provide profitable treatment. How can drug companies (or doctors) make big profits out of telling people to give up smoking? Patients who suffered from emphysema and chronic bronchitis (though different, the two diseases were usually related and patients often had both) were good customers for antibiotic therapy but that was about all. They weren’t of much interest to drug companies searching for new ways to make bigger profits. And so some bright spark imported COPD: a wonderful sounding disease for which a whole host of powerful and expensive drug therapies (including anti-’flu vaccinations, steroid inhalers, antibiotics, tranquillisers, sleeping tablets and anti-depressants) are now recommended. Most of the big drug companies have leapt upon this bandwagon. In the UK the ‘market opportunity’ is said to be expected to grow to £6 billion by the year 2010. Naturally, these powerful and expensive drug therapies produce dozens of side effects which require numerous additional prescriptions. COPD is a drug industry dream; a chronic cash bonanza. Maybe they should have been honest and called the disease Chronic Drug Company Profit Maker and given it the acronym CDCPM.

16. Still no response from Jeremy Vine of the BBC to my challenge to debate covid. I assume that he is, like the rest of the BBC, determined to ignore the facts about covid-19 and the covid-19 jab. Of course, he might be influenced by the knowledge that the BBC has ruled that those questioning vaccination should not be allowed on BBC programmes. Effectively, this means that the truth about vaccines is to be suppressed at all costs.

17. Government figures suggest that more young people have long covid than had covid-19.

18. A council in England has banned deckchairs because they can be used as weapons. Or maybe it’s just because they add a little pleasure to people’s miserable lives. On a visit to an English seaside town the other day I did not see one person smiling or see one child having fun. And there are very few plastic buckets and spades on sale. No little windmills either.

19. I have, over the years found that it is vitally important to let the small stuff fall away. I have also found this to be the most difficult thing to do. It is terribly easy to be distracted by small annoyances which take up far more time and energy than they merit. For example, during 2020 and 2021 I have had to work hard to stop myself wasting time replying to liars, idiots and fruitcakes who libelled me in the media and on the internet.

20. There’s an ancient myth that if everyone in the world closed their eyes at the same time, the world would disappear. I wonder if, perhaps, we were all to close just one eye maybe Fauci, Whitty, Blair, Ferguson, Schwab and Gates might all disappear. It’s a thought which fills me with a warm glow.

Vernon Coleman’s latest book is called `Endgame: The Hidden Agenda 21’. The book explains how we got here, why we got here and where we will end up if the resistance movement doesn’t win the war we are fighting. `Endgame’ is available on Amazon as a paperback and an eBook. Vernon Coleman’s original book about the coronavirus hoax (entitled `Coming Apocalypse’ and published in April 2020) is still available on Amazon. It contains a summary of the beginnings of the fraud – and the predictions Dr Coleman made at the time.