The Criminalization of Physical Presence… and the Power of a Hug 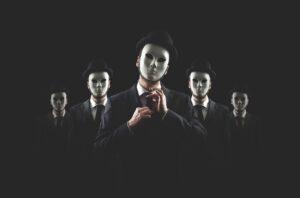 Hello there. I understand you’re a believer. You have zealous, unwavering faith in the System. You Trust The Science™. You deem anything that falls beyond the margins of the approved narrative “misinformation,” “conspiracy theories,” and “fake news.”

You dutifully wear your badge of obedience. You social distance. You lock down when you’re told to lock down. You report others for violating these and any other applicable dictates.

You have not bothered to conduct independent research outside the authorized avenues of deception; read peer-reviewed scientific literature not funded by the pharmaceutical drug cartel; or critically evaluate the press releases being parroted by your “trusted leaders,” “experts,” and media mouthpieces.

You demand that everyone who is a nonbeliever either comply with the decrees of your faith or be excluded from public activities, deprived of employment, denied access to health care, stripped of their right to protest, bullied into submission, and quarantined.

You find these heretics disgusting, despicable spreaders of disease who are a threat to the public health. You wouldn’t be against removing them from your community, maybe concentrating them in a special holding center—until they get injected, anyway. You feel no pity if they die. It’s their own fault, after all.

You only wish others wouldn’t keep crying about “muh freedoms,” “my body, my choice,” and other stupid, antiquated ideas. Don’t they realize how selfish they’re being? What a hazard they are to their fellow citizens? This is an emergency—an unprecedented, incalculable, catastrophic worldwide crisis—and we will never get back to normal if they keep stubbornly insisting on preserving their “liberties.” Right?

I wish I could talk to your self from two years ago. If that self had been told the entire world could be brought to a halt and our freedoms suspended at the whim of its leaders for a phenomenon humans had been living with and adapting to in countless variations for millennia, you would think I was describing a dystopian fiction. I might still be able to reason with that self. Instead, this is likely a futile exercise in trying to awaken a hostage suffering from Stockholm Syndrome to the fiendish machinations of her captor. 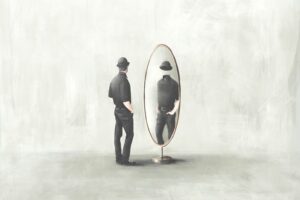 Think back to a couple of years ago—summer 2019, let’s say. What were you doing then? What was your life like? How did you feel about your past, present, and future? What did you care about? How did you spend your time? What were your core values? What would you think about how you think, feel, and behave today?

That’s the person I want to talk to—not your present self. I’m sure your 2019 self would be fascinated to hear what your current self has to say—although I’d be willing to bet a few thousand inflationary dollars she wouldn’t recognize what you’ve become.

And I’m not speaking about you, personally. You’re probably a nice person who is doing what she thinks is best. I understand where you’re coming from. I understand why so many well-meaning people feel the same as you.

Had we not been subjected to a global case of Baader–Meinhof phenomenon orchestrated by experts in mass control like the Behavioural Insights Team—unabashedly described as “the Nudge Unit” at the UK government’s website—and implemented across the MSM and social media, you would be still be living and loving life the same way you were two years ago. All of us would be.

But then we wouldn’t have willingly forfeited our rights, one by one, out of terror. We wouldn’t have started perceiving our fellow human beings as bioweapons to be shamed, ostracized, and eliminated.

Medical segregation further divides an already fragmented populace, making us ever easier to control. The psychological trauma of this isolation and splintering is incalculable, and the full extent of the damage will likely not be comprehended for decades.

In this video, Dr. Reiner Fuellmich addresses the audience at a London protest (for more details on the heroic work of Dr. Fuellmich and the Berlin Corona Investigative Committee, see this Recommendations Roundup). Toward the end (@ 9:02), he relays a story a German doctor shared with his team:

“He wanted to withdraw money at an ATM and went to the lobby of a bank for that purpose. There stood an elderly woman wearing a mask who fearfully backed away from him because he was not wearing a mask. She said he had to wear a mask because otherwise she was afraid of infecting herself and then her husband. The doctor told her, No, she shouldn’t be afraid. And then he went up to her, took off her mask, and took her in his arms. The woman began to cry and said that no one had hugged her for more than a year.”

At another protest, an elderly woman in a wheelchair held up a sign reading, “I’d rather die from COVID than loneliness”—a sentiment echoed by millions in nursing homes around the world. What right have you to make that decision for her, for them—for any of us, for that matter?

Go back to your self from two years ago and see what she thinks about acts like hugging, smiling, kissing, and singing being criminalized. Contagious diseases existed then, too. But we hadn’t yet been conditioned to fear one another’s physical presence.

Dehumanization is far more effective when we cannot see each other’s faces, touch each other’s hands, speak in person, or embrace.

What are they afraid of us telling one another? When people no longer speak in person, all communications can be mediated through Big Tech, which will decide what they feel is “safe” for you to hear.

Every aspect of the regulations being unleashed globally is designed to separate us, creating an apartheid system that outlaws dissent and encourages the persecution of those who question the State.

Please remember the humanity of those you’re being progressively conditioned to revile—to the point that you become okay with them being fined, excluded from access to necessities, arrested, and held in captivity. It’s happening elsewhere. Don’t delude yourself into thinking it can’t happen here—wherever here may be for you.

I extend, across this virtual space, a hug to you 🤗

I will leave you with this music video by Inge & the TritoneKings. A nonagerian Holocaust survivor performing with her heavy-metal band, Inge Ginsberg shares a message we desperately need to hear today (lyrics below).

I hope you will listen.

The Universe Echoes Back

The universe echoes back
Let me stay here some more time
I have a message for humankind
Learn our forefathers’ wisdom.
Don’t be a victim of the system.
Don’t be like sheep.
Don’t be asleep.
Be awake.
The chains, you must break!

Our trust was broken.
The tyrants were saved.
But the people have spoken—
We won’t be your slave!
Don’t follow a herd.
Follow your path.
Let your voice be heard.
Unleash your wrath!

This is the lesson that we earn.
From the past, we must learn.

So long we’ve waited.
Let’s take the power BACK!

This courageous woman, who had survived unspeakable hardships in her 99 years, succumbed, in the end, to solitary confinement. According to her New York Times obituary:

By the spring of 2020, she was living in the Zurich care facility when she contracted the coronavirus. Pandemic restrictions often kept residents from seeing one another or from entertaining visitors, and the isolation took its toll.

“We have no doubt whatsoever that she died because of boredom, loneliness and depression,” Mr. da Silva said.

He and Ms. Caruso kept in touch with her over the phone, and the three began writing another song for the band called ‘Never Again,’ also drawing on Ms. Ginsberg’s experience during the Holocaust.

“Each one of my songs has a message,” Ms. Ginsberg said in the documentary. “Don’t destroy what you can’t replace.” She added a second message: “You can’t avoid death, so laugh about it.”

For Inge, for yourself, for all of humanity, please heed her message:

If you sow hatred, the universe echoes back!

Radiate love. The universe echoes back!

Margaret Anna examines propaganda, neuropsychology, culture, linguistic programming, and mass control in her aim to awaken the sleeping before tyranny triumphs. Visit her blog to read more of her work or buy her a coffee.

Letter to a Covidian: A Time-Travel Experiment