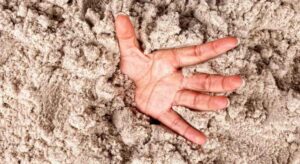 Last week I was contacted my an ex-nurse, who is the son of a retired nurse of 32 years, about what he alleged to be an attempt to murder his mother.

Over the course of the last 48 hours, I have thrice spoken to her [and her devoted husband] about the traumatic ordeal she has survived, involving a despicable and callous attempt to murder her with a cocktail of morphine, midazolam, neglect. malice and deception.

Here lies a summary of the facts, which the seventy two year old whistle-blower, Janet Ainley [formerly Atkinson], and her husband, Harvey Ainley, delivered to me, with regard to the crimes committed by senior staff on the Team Ward of Wye Valley NHS Hereford County Hospital, who were acting in accordance with government policy.

The powerful credibility of this testimony is not only bolstered by Janet’s 32 years working as an enrolled nurse at staff nurse level, since she also served 23 years on employment tribunals dealing with complex human rights issues and labour laws.

In addition to having been UNISON trade union organiser for her region and twice being elected mayor of Leominster in Hertfordshire, with a completely unblemished record of public service, which is rarer than hen’s teeth in the current epoch.

Everything Janet claims in her backstory, save for her years as an employment tribunal panelist, are confirmed in this Hereford Times article from 05/06/2003.

Not long after the lockdown measures were imposed, Janet was admitted into a private hospital for a rectal cancer investigation. Following which she was transferred to the oncology ward at Cheltenham General Hospital for out-patient radiotherapy, which finished in June 2020.

However, because she suffered chronic sickness and blisters all over the radiated area, causing severe bleeding and intense pain, her family doctor prescribed patches for her arm, which administered the minimum dose of heavy duty pain-killing drug, morphine.

In addition, Janet was prescribed liquid morphine, which she was instructed to use, in the event that the dose from the patch was not strong enough. However, on the only occasion she took the smallest dose of the liquid possible, she had a major adverse reaction.

Within just a few hours, Janet felt all the symptoms of being anesthetized by the heavy opiate and lost control of her body, before suffering from prolonged psychotropic hallucinations and memory holes.

Shortly afterwards, she had a blood test and her potassium level was found to be dangerously high. Since Janet is also insulin dependent, she was admitted on to the Team Ward at Wye Valley NHS Hereford County Hospital, for observation and treatment.

Janet consented to hospitalization on the understanding that her husband, Harvey, had informed the hospital that liquid morphine had proven to cause a severe adverse reaction and should not be prescribed to her again, under any circumstances.

Not only did he make that perfectly clear to the staff on the ward, he did so on a daily basis throughout Janet’s five day stay.

No Duty of Care Fulfilled

From the moment Janet entered the hospital, everything felt wrong.

Firstly, Harvey was refused entry by hostile security staff, when he was trying to deliver everything his wife would need, including her wheelchair, without which she was immobile.

Eventually, somebody came to meet him at the door to pick up her things, but they wouldn’t let him in to see her or tell him what was going on inside the hospital. When he finally managed to get somebody on the end of the intercom from the Team Ward, he stressed to a young receptionist that morphine must not be administered.

However, if he had been allowed on to the ward he would have seen that Janet was almost immediately subdued with enough morphine and midazolam to make her violently ill with diarrhea, cause her to drift in and out of consciousness, slow down her breathing dramatically and make her dangerously dehydrated.

Even when she was drifting in and out of consciousness, Janet was still very aware of the fact that, save for those she considered to be junior staff, there was no duty of care being fulfilled on the ward.

Moreover, she felt like there was very little, if any, concern shown for her well being by the senior staff. If anything, she felt malice from at least one of the experienced nurses on the ward.

Meanwhile, Harvey called the hospital incessantly for three days, during which time he was constantly fobbed off by every member of staff he talked to, none of whom informed him about the condition of his wife’s deteriorating health. Each time he repeated that they must not give Janet morphine.

Nevertheless, for increasingly longer periods each day, Janet was left on her own in a private room on the ward, where she was suffering from chronic sickness because of the drugs her body was evidently being pumped with against her will.

This gradually started shutting down the respiratory function of a woman already suffering from very low blood pressure, hypoglycemia and radiation sickness.

In fact, she was left so long without any care that she had to scream like a banshee, until a few of the staff rushed in with more than minor irritation at being asked to do their jobs.

As they cleaned up the mess, including some incredibly sore blistering caused by Janet’s recent course of radiotherapy, the nurse she accuses of malice deliberately burst one of the blisters on her back, then appeared to be smirking about the pain she had just caused.

Had Janet not been so drugged into passivity, the nurse in question would have felt the wrath of a woman who has more than three decades experience in nursing, as well as more than two decades as panel member in employment tribunals, who knows all about human rights issues and the duty of care incumbent upon every member of NHS staff.

She was even forced to inject herself with her own emergency supply of insulin, after the staff repeatedly failed to administer her daily requirement. Had she not been so diligent, she would simply not have survived to blow the whistle on the crimes committed against her.

Do Not Resuscitate Notice

A consultant came to visit Janet’s ward after three days, with two senior matrons and five of their minions. None of them showed her the slightest bit of compassion, knowing that she was still heavily subdued with the morphine she expressly denied her consent to be given before being admitted on to the ward.

They callously tried to persuade her that her life was coming to an end and that she should sign a Do Not Resuscitate notice, no doubt intended to be applied once the morphine and midazolam doses were increased enough to bring on respiratory failure or a coma.

Needless to say, Janet refused to sign the DNR notice, despite continuous further attempts to persuade her by other members of senior staff, some of whom told her that the continuation of her life would be a burden upon her family and the NHS.

At the end of his patience, Harvey called the family doctor to express his serious concern about not knowing what was happening to his wife. In truth, he was certain she would die if they failed to act decisively.

He explained that he had managed to talk to Janet on the phone for a few minutes, twice a day, for the five days she had been on the ward, but he knew that the only time she had ever been so incoherent was after taking liquid morphine, just before she was admitted into hospital.

The family doctor contacted the ward and told them that there were serious concerns about Janet, who would be much better off being cared for at home by her husband.

This quickly led to Janet discharging herself from the hospital, since when she has been cared for by Harvey at home, during which time her health has greatly improved every day, after deteriorating every moment she spent in hospital.

The nature of Janet’s discharge was curious, to say the least, because it was formally objected to by the senior staff on the ward, who strongly advised that she should remain hospitalized, to manage the treatment of a tumor in her liver which did not actually exist.

Furthermore, the discharge was conditional upon the hospital providing all the necessary equipment for home care, including an orthopedic bed and the prescribed medication.

However, Janet and her husband were somewhat shocked when eight senior medical professionals they had never met, arrived without notice at their home, under the pretext of making sure it was fit for home care.

Nevertheless, the copious discharge notes they were given confirm that the drugs she was given were administered without discussion or consent, but morphine was crossed out by hand, with “side effects” written alongside it.

Firstly, morphine and midazolam are routinely given to people on what is chillingly known as the End of Life Pathway, which is where the senior staff at the hospital were clearly attempting to lead Janet against her will.

Secondly, the side effects she suffered during the five days she was in hospital were almost identical to those she suffered after taking liquid morphine, just before being admitted on to the ward.

Thirdly, after Janet was discharged, the hospital sent her a job lot of the medication they prescribed for her home care – a case of glass ampules, full of the type of morphine that is only ever injected.

From which the following questions naturally arise:

Why would the senior staff on the cancer ward prescribe morphine injections after Janet’s discharge, if they weren’t administering them while she was in hospital?

The only logical answer is that they would not have done so, in which case:

Why did the consultant prescribe morphine without Janet’s consent, after Harvey repeatedly stressed that they must not do so?

The most likely answer to that question is that it was a matter of COVID-1984 government policy to prescribe morphine and midazolam to the over 65’s.