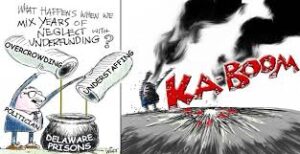 The current state of the United Kingdom is as follows…

1. Massive backlogs to access health care via NHS. Around 6 million people are waiting for treatment. This is a disaster and will lead to many deaths, likely far more than caused by the so called Covid-19 virus.

2. Supposed fuel shortages, actually caused by the media, rather than by it being real, although a driver shortage is real and caused by lockdown and the failure of DVLA to authorise 500 licences as a result of closure.

3. Food shortages caused for the same reason as above, delivery drivers, and the consistent destruction of crops which farmers are incentivised to do. I don’t know hardly any farmers where I live that are actually growing anything as instead they get paid under the BPS scheme to not grow anything. Whoever heard of getting paid for NOTHING???? There is also a shortage of labour which means farmers are growing less as there’s less people to pick crops.

4. A Social Care and NHS worker crisis is now coming due to ‘no jab no job’ policy which will expose the elderly and vulnerable to lack of care and protection due to staff to patient ratios falling. It will also lead to further waiting lists ergo further deaths in the future that could have been avoided.

5. A massive black hole in finances caused by the incessant drive to throw money at useless testing, and awarding of contacts to ministers mates. The total spend for the last 18 months is £299 billion and now we are expected to pay for it in a tax and NI hike that no one can afford. We are literally paying the rich and elite to continue to screw us over

I could go on, but why would I?

I know many people will think that a change of Government to another main stream party may help this. But it won’t. Only a complete new way of governance will as all the above is by design, and is happening to destroy businesses, people and health.