We must build Arks; we must find and make the opportunities to separate ourselves from the globalists’ new Sodom.

There is no need to waste vast amounts of time searching for evidence of such alleged plots or to try to convince sceptics that such evil is part of The GreatReset plan.  We don’t even need to try to persuade people that the material impact of their techno-feudal system will be fabulous wealth for the Few and grinding poverty for the Many.

As we have seen, these may be summed up as development, surveillance and transhumanism.

The ‘problems’ of climate and COVID were created, exaggerated or exploited in order to push humanity towards these pre=set ‘solutions’.

This consciously revolutionary set of goals is explicitly intended to destroy everything that has gone before – Christianity, capitalism and local particularisms – and to replace them with a new economy, a new way of organising society and a new religion.

For all the Great Reset’s lurch towards a world-wrecking hybrid of Corporate Communism, it is that final aim which is the most revolutionary.  Not just in terms of the meaning or changing society, but also in the sense of revolving and returning to the beginning.

Because we have been here before.  The idea that mortal man could use Knowledge to attain ultimate power and that by doing so he will be able to live in a paradise of his own choosing and making.  Just seize the apple of transhumanism technology, turn yourself into cyborgs, and you will be free from want, disease and perhaps even death.

‘…in the day ye eat thereof, then your eyes shall be opened and ye shall be as gods…’hissed the Serpent to Adam and Eve in Genesis 3:5

Since succumbing to the temptation led to the original Fall and banishment from the Garden Of Eden, what might be the Divine punishment for the second offence?

Indeed the arrogance and sin of Schwab is even worse than the first time.  Adam and Eve ‘merely’ did that which was forbidden by God. 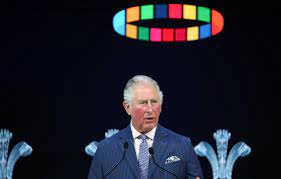 The Great Resetters are setting themselves up as God, planning to usurp His power to create new species of bionic Supermen and human-animal hybrids to serve them.

Behind the excuse that the world He gave us is ‘threatened’ is the belief that it is no longer good enough, and must be remade.  Even the creatures over which He gave us dominion are to be re-created or replaced by man-made ‘alternatives’.  Deus Faber, God the Creator, is to be replaced by Home Faber,  Man The Creator.  Or even as some transhumanist theorists propose, Homo Deus, Man The God.  Can graver blasphemy ever be conceived?

There is no need to wonder whether or not this will end well.  For it is already crystal clear that it will not.  Rather it will end in Hell.  For Schwab personally, and for all his associates in this monstrous plot against God and mortal men.

But also in a Hell on Earth, for there is no possibility that tinkering with the unfathomable complexities of human society and the natural world, on the scale that these people are doing, can end in anything other than a vast train wreck of Unintended Consequences.

The punishments of the Flood and of Sodom and Gomorrah will surely pale into insignificance with what is to come, both through Divine wrath, and the simple and inescapable results of human arrogance, corruption and folly.

So where does that leave us?

Where does this leave you?

With a duty to resist the evil agenda of those who would play God and impose a Satanically anti-human System on us all.  And with both the need and the obligation to prepare for and to survive the terrible times that all this will bring down upon us.  We must build Arks; we must find and make the opportunities to separate ourselves from the globalists’ new Sodom.  Such is the purpose of this book; let it also be the purpose of your life.  Deus Vult! 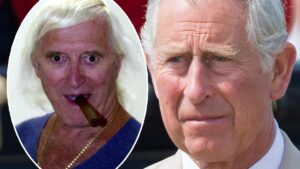 3 Responses to “We have a duty to resist the globalists’ new Sodom.”