2020 was the year when the masters of the global prison camp did away with the illusion of democracy by the blatant theft of the US Presidential election.  They reminded everyone who is actually in charge.  In country after country the police forces of their local occupation regimes used batons, tear gas, water cannons and massive fines to show exactly what happens when anyone challenges them.

It doesn’t even matter that the most oppressive lockdown measures are eased or even if – temporarily – they are lifted altogether.   The important thing is that they have established the precedent.  Constitutional rights have been suspended.  Protest has been banned.  Dissent has been censored.

In part, this is about controlling our bodies.  They seek to tighten the peasants’ belts, beginning with ‘behavioural modification’ a.k.a. resetting Westerners’ sense of entitlement to decent standards to accept the artificially created poverty which they plan for our future.

But the authorities’ assumption of control over the most intimate aspects of our daily lives is also about controlling our minds and breaking our spirit.  Even the inhabitants of nations, who formerly thought of themselves as free became acclimated to being micro-managed, like inmates of a prison….

The people responsible for this test-run tyranny knew exactly what they were doing.  Faced with the ‘threat’ of the distributed technologies of the Third and the Fourth Industrial Revolutions, to break their monopolies on the exchange of information, the moulding of public opinion, the creation of money, the making of things by 3D printers, and even on military scale violence, they set about teaching us a lesson, – a lesson about power.  A brutal lesson about who has it, and who doesn’t, which they hope will stay with us, and keep us cowed while they develop and fix upon our necks and our minds their longer term methods of control.

Looking to the medium term, Schwab pins his hopes for overcoming popular resistance on a mixture of sticks and carrots created by the financial architecture of The Great Reset.  Part of ‘building back better’ is the abolition of cash, and a switch to an all digital currency system.  Combined with Universal basic Income handouts, this would form a key part of the system of social control.

He wrote – These technologies will operate within our own biology and change how we interface with the world.   They are capable of crossing the boundaries of body and mind, enhancing our physical abilities, and even having a lasting effect on life itself.

Fourth Industrial Revolution technologies will not stop at becoming part of the physical world around us – they will become part of us.  Indeed some of us already feel that our smart phones have become an extension of ourselves.  Today’s external devices – from wearable computers to virtual reality headsets – will almost certainly become implantable in our bodies and our brains.

A key chapter in his monstrous book is entitled ‘Altering The Human Being‘.  Here he literally drools over ‘the ability of new technologies to literally become part of us’.

Deus Vult – The Great Reset Resistance by Knights Templar Order pp 57-60 Extracted with permission.  Sold by the English Democrats for £25 a copy.  370 pages in total. 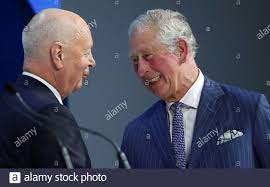